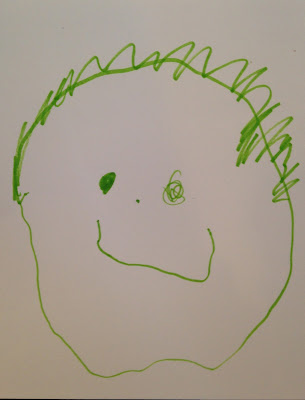 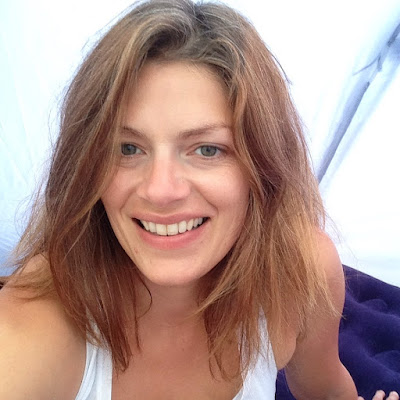 At the end of July I looked at my journal and realised an anniversary had passed. Quietly and with no fuss. I did nothing to mark or commemorate it. But I noticed it.

It's been a year since I last had an alcoholic drink. The picture at the top is me before I stopped drinking, the picture at the bottom is after. I think you'll see it's made a big difference.

OK, so the picture on the top is actually Cherry's picture of her Granny but it does look a bit like how I felt after a few too many.

I have never had a good relationship with alcohol and I swung from one extreme to another with it. In my teens and early twenties I was completely teetotal. I didn't even like the taste of alcohol and I hated its effect on people. I really had no motivation to drink at all as I found I often had the most energy and the best time of any of my group of friends. As the non-drinker I usually ended up driving to clubs or parties, and I could easily have a fantastic time on nothing but tap water and atmosphere, then drive home stone-cold sober.

As an added bonus I could always remember exactly what everybody had got up to the previous evening - myself included - and I never had to sit around clutching my head and wailing that I wished I hadn't done that.

Then when I went off to university I started drinking small amounts. I was always really careful not to have more than one or two drinks, as I'd seen enough friends overdo it and end up vomiting, passed out or being carried home not to want to end up in that state.

When I came home from university I got a job in a pub while I took a journalism course and perhaps unsurprisingly, I started drinking more. All of a sudden I got a real taste for it. I loved getting drunk, but I also loved the camaraderie surrounding drinking. I loved pub humour, tall tales of misdeeds fuelled by alcohol, I loved lock-ins or sitting outside after closing time with a group of friends until the early hours, and the waking up in the morning hungover but euphoric and giggly, usually with a good friend, piecing together the chaos of the previous evening.

I drank heavily all through my twenties. After a while I stopped drinking during the week, as I found I couldn't really function at work with a hangover any more. But weekends were open seasons. When I met Noel one of the main things we bonded over was our love of drinking, going out and having fun.

Only it wasn't really that much fun for me any more. More and more I was picking fights and arguments with Noel when we were drunk, bottling up everything I felt was 'wrong' with our relationship and letting it all spill out in a drunken, aggressive rage. More and more I was waking up on Saturdays and Sundays hungover and exhausted and with a lingering sense of self-hatred. More and more I wanted to rein it in, drink less, have more energy and more and more I found myself forgetting all of my good intentions after the first glass, drinking until I was drunk and then regretting it the next day. 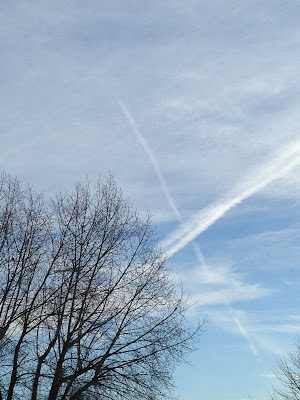 For whatever reason, I have never been the kind of person who can just have one glass of wine, or even two. I always wanted the entire bottle and no matter how good my intentions when I opened it, it always ended up empty.

Being pregnant gave me a concrete reason not to drink and I never questioned it or wished that I could. I did have the odd small glass once or twice when I was pregnant with Cherry but it just made me feel bloated and nauseous. With both children I didn't drink at all until they were four or five months old, and then I would pump milk early in the evening, before having a drink, and offer the bottle of expressed milk later if they wanted to feed.

But once or twice I did breastfeed Violet after drinking because she woke so frequently and I felt deeply uncomfortable with it. All the information available suggested it would do her no real harm but that wasn't really enough reassurance for me. I wasn't interested in 'not harming' my child as much as being the best mother I could be. And more importantly I did not really trust myself. Half a bottle could, because it always did, eventually turn into a bottle. Or a bottle and a half. Maybe not tonight, or tomorrow, but sooner or later I would end up drinking more, and more. Would I still continue to breastfeed her?

I also found even the odd glass of wine had a huge impact on how I felt the next day. Even a small glass seemed to drain my energy. Increasingly I disliked and resented the presence of alcohol in my life. It no longer felt a part of me, of what I did, and it felt wrong and unpleasant to drink even small amounts around my children.

And so I decided to stop. After two pregnancies in quick succession it actually didn't feel like much of an effort. I rarely drank on weeknights so I didn't have to give up the classic glass of wine once the kids are in bed. And at weekends I was often so tired after a busy week with two young children and broken nights with Violet that all I wanted was an early night anyway. 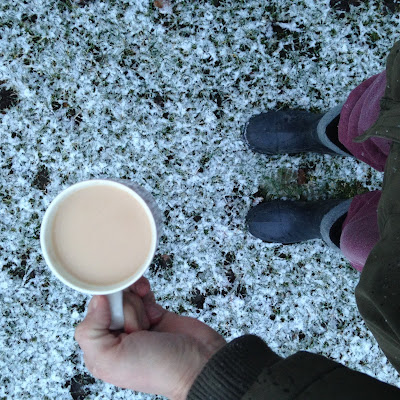 One year on and I can honestly say I don't miss alcohol in the slightest. I don't miss one single thing about it, because my relationship with alcohol has always been turbulent. I never liked myself drunk, and I never liked myself hungover either. I hated how energy-sapping alcohol was and how small it made my outlook. I wanted more to life than pubs and bars and hustling the kids into bed so we could have a drink.

I was a bit concerned that my relationship with Noel might suffer a little if I wasn't drinking. Would we still function as a couple without alcohol, a glass of wine on the sofa with a film, a bottle with dinner on a Friday night? Realistically of course if all that bound us together was alcohol then our relationship was in trouble regardless of whether I drank or not.

Noel was concerned about boundaries. If I wasn't drinking did that mean I expected him not to drink? Would he offend or upset me if he had a beer? Would it be unkind of him - would he be rubbing my face in it, flaunting at me what I have decided I cannot have?

Me choosing not to drink certainly did have an impact on him and on our relationship, but not a negative one and I hope not one he has found hard to adjust to. He certainly says he finds me far, far easier to live with and be married to since I have chosen to stop drinking. I also find I am kinder, more patient, more loving and less aggressive with him and more able to speak my mind as and when I need to. 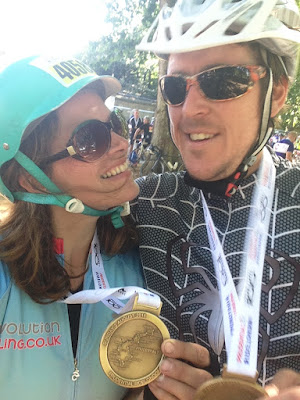 Not drinking alcohol is a decision completely personal to me. What other people do is their business and their choice. I would never stop anybody drinking in my company. However I would sometimes choose, and have chosen, not to be in the company of people who are drinking heavily or drunk. The way I see it the choice is mine. I can be present, or I can go somewhere else and do something else.

More than anything though I completely identify as a non-drinker. It feels like a natural part of my identity, probably due to my teetotal teenage years. In the same way that some people identify with a political party or with a lifestyle choice or hobby or movement, I just identify as a teetotaller. I never worry about being 'boring' or 'square' or 'no fun' or any of the other things we can sometimes associate with those who choose not to drink alcohol. I never even think about drinking anymore or wish I could have 'just the one'.

I think I'm still pretty good fun, I am sober and I am happy. I also want to say a big thank you to the lovely Jo Payton for her amazingly honest and inspiring blog Mocktail Hour which really gave me the push to stop boozing for good. I just love the internet. 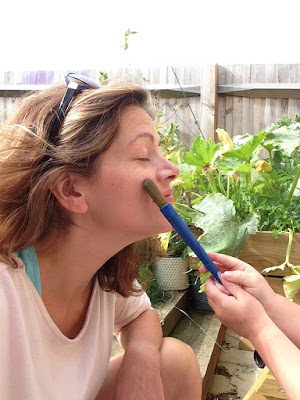