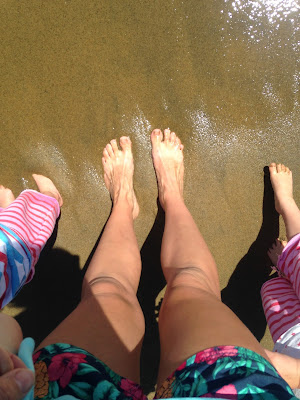 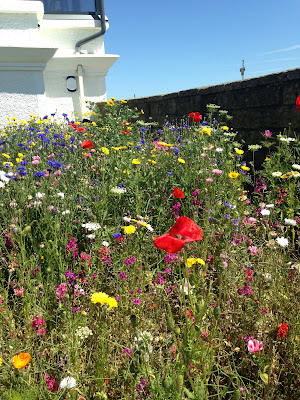 We have started to really embrace travelling with our children. Before we had Violet, we were pretty mobile with Cherry and found travelling with one young toddler quite straightforward. A second baby complicated matters enormously. At the beginning it wasn't too hard, as Violet was the sort of baby who really was quite happy in a sling going with the flow, but even so the amount of general 'stuff' we had to take with us was eye-opening.

As she got older our attempts to take holidays with children were basically what Noel described as 'really, really hard work, but in a different place'. We found the first year and a half with two very young children shockingly hard work.

It's still hard work now - it's harder, in many ways - but travelling is one of the things that has become easier now we have moved past the baby-and-toddler stage and have a toddler and a preschooler. Also after the confidence boost of our trip to Singapore I feel we have hit a groove as a family and that we could go anywhere we wanted and have a great time, which is a nice way to feel.

At the beginning of the summer we went over to the Isle of Wight for a few days. I've been there before and didn't think much of it. I don't know why, because as soon as we got there all I could think was 'this is my kind of place'. Stunning countryside and coast lines, everything rural and unspoilt, acres of space and gorgeous scenery with wildflowers everywhere. Noel loved it too, for its kitsch charm, glorious beaches and the general air of stepping back in time. 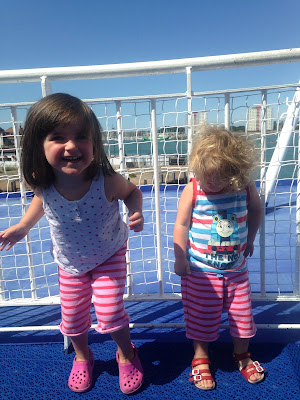 Travelling with a toddler and a three-year-old is so rewarding. They are so full of enthusiasm for absolutely everything. The ferry from Portsmouth was one of the highlights of the entire trip for them, they had an absolute whale of a time. When we drove off it at the other end Violet actually started crying. I just love how they get so into what we could think of as mundane things. If ever I needed a reminder that the journey is as important as the destination, it's in my children's approach to travel.

We stayed in Sandown, in a B&B firmly stuck in the late 1970s. Noel was mad about the dark, patterned carpets and the bar area which sadly for him, we never actually got to frequent. Cherry and Violet were mad about the bunk beds in our bedroom (although we dragged the mattress off the bed and onto the floor for Violet to actually sleep on). Their energy levels, high at the best of time, were boosted by general excitement and our B&B room, although charming, felt quite small at bedtimes and in the (very) early mornings.

One of the things that makes two children so much harder work than one is their actual relationship with each other. As individuals, both Cherry and Violet can be quite calm and easygoing and each child would be a complete dream to travel with independently, but together the excitement levels and general silliness ramp right up. Their relationship is huge, deep and vast, invisible but it takes up acres of space. Most of the time it's truly wonderful, especially if you happen to be in a very big open space. You can really see the (bottomless) depth of my children's creativity and energy. But at 8pm when you've been up since 5.30am and would really quite like them to just GTFTS now and they're hyperactively egging one another on, it's not so great. 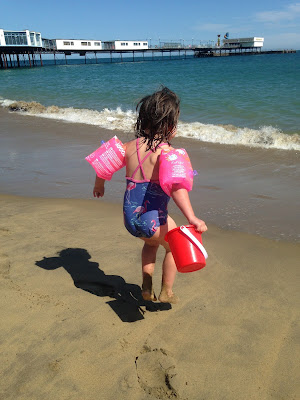 In future I'd be tempted to camp (if I can persuade Noel) or at least hire a camper van so they can just run themselves into the ground outside before bedtime and again in the morning. Noel's not mad about the idea of camping but we're going this weekend for a 40th birthday and then again in a few weeks so we will see how we all get on. 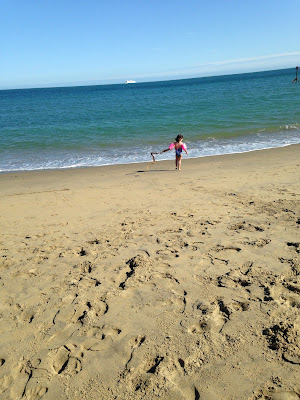 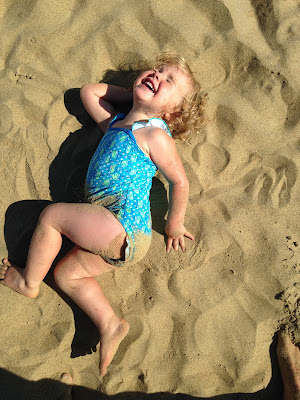 Back to the Island though - we spent a couple of glorious, sun-soaked days on the beach and actually when the weather is good, you can't beat the British coastline. Sandown has lots of beach-front bars and cafes, Noel said it reminded him of Brighton a bit, but less crowded and with sandy beaches. 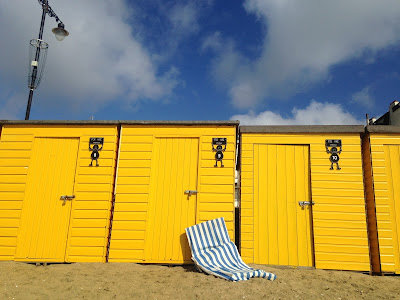 This holiday was also significant as it was the first time Cherry really enjoyed swimming in the sea. It was absolutely freezing but she wanted to be in there for ages - Noel and I had to brace ourselves and take turns to go in with her. Violet loved the beach but preferred to stay in the shallows paddling. That picture of her above, rolling around in the sand, is one of my and Noel's favourite pictures of all time. It really embodies Violet's personality - the pure, unadulterated joy and silliness is just off the scale. Noel has it as his screensaver and people often ask if we got her to pose for it. Nope. That's just Violet for you. 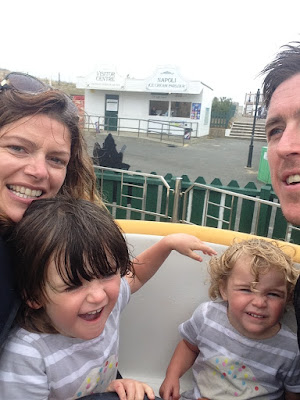 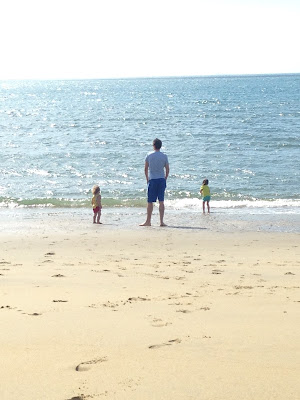 We also went to the Needles on a cold, drizzly, misty day in which thick grey fog never really lifted - we couldn't actually see the Needles. But we enjoyed the little fairground rides and Cherry and I went down the infamous chairlift. It was a bit scary for her, she was worried her wellies would fall off into the trees below, so at the bottom we hopped off the chair and climbed back up the stairs instead. She counted 98 of them!

Cherry keeps asking if we can go back to the Isle of Wight and we definitely will. There's SO much to do - watersports (why do I always snigger when I write that), cycling, mountain biking, horse riding, hiking.... There was a fair bit of Noel and I saying 'when they're older, we'll do….'

We have so much to look forward to. At the moment we do find when we travel it's all very much tailored to Cherry and Violet's needs and preferences, which is as it should be of course, but it's nice to know that as they get older there will be so much we can all do together. 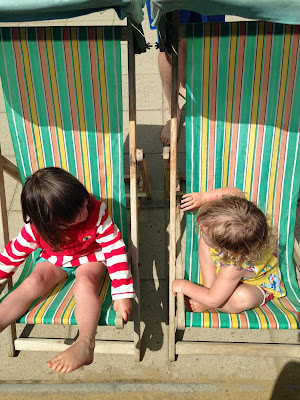 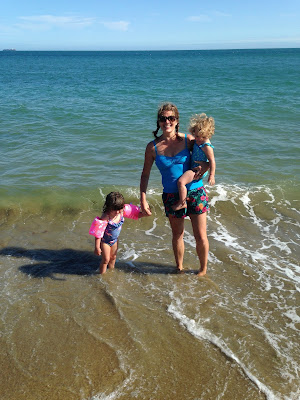 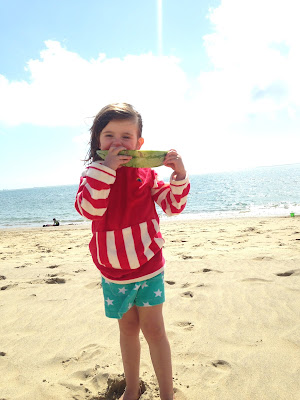