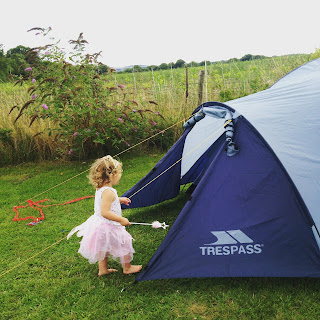 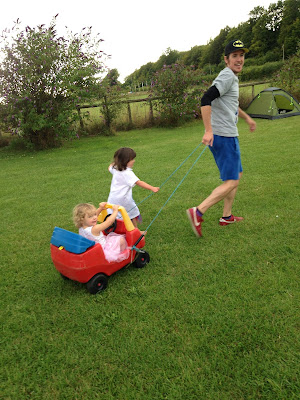 This weekend we headed to Salisbury for a night of camping with a group of friends and their children.

I haven't camped in years - just one short holiday under canvas in Devon since my days of Girl Guide camps and family Eurocamping in the south of France.

But I really loved the idea of rediscovering camping myself and introducing Cherry and Violet to the concept. They were super-excited when I put up our new tent a few days before to test it out (and check I actually remembered how to put a tent up!) 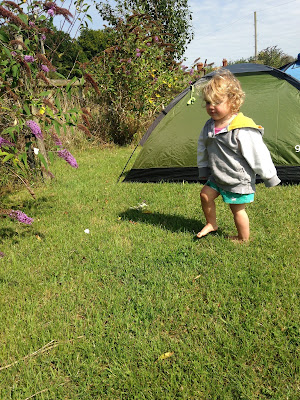 I did remember, thankfully. Not that it's rocket science really but still. As a very right-brained type who struggles to assemble the cardboard boxes you buy at post offices, I count it as an achievement.

We headed off to Salisbury at around 10am giving our two overexcited monkeys, one of whom had been awake since 4am in anticipation, plenty of time to nap and recharge their batteries on the journey.

Some of our friends had brought their daughter's dressing-up box, and Cherry and Violet instantly swooped in on some of the outfits. Cherry in particular really embraced the concept of 'layering'. For the rest of the trip we had Nurse Fairy Princess Butterfly here…. 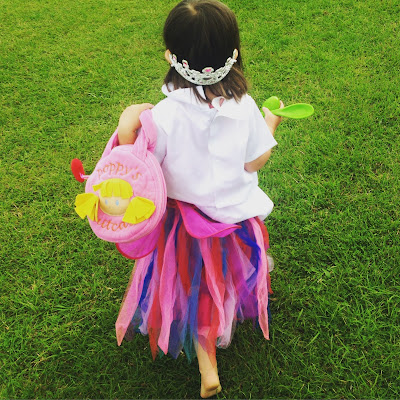 ….and Little Miss Madam I'm A Fairy Princess Too! 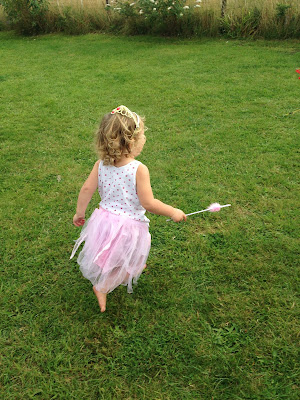 As afternoon turned into evening a campfire was lit and layers were added on top of fancy-dress layers.  Cherry basically ate nothing but cake for tea and Violet attempted a picnic only to discard it in favour of being dragged about on a 'beep-beep-beep'. 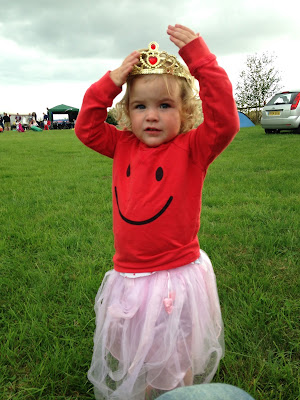 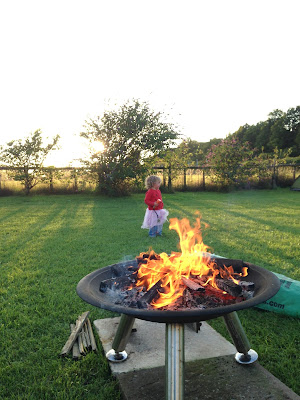 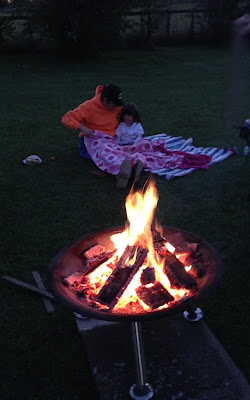 Our tent is on the small side and barely accommodated the double and single inflatable air beds pushed together that formed our shared sleeping quarters. We didn't get the children down to sleep until gone 10pm.

Knowing they would be wide awake with the dawn, Noel and I followed shortly after. Sure enough Cherry and Violet were awake and raring to go at 5.20am so we reeled out the big guns - Peppa Pig on the tablet - to buy ourselves an hour's snooze.

We had fried egg and sausage sandwiches for breakfast and another good play before packing up and heading off. 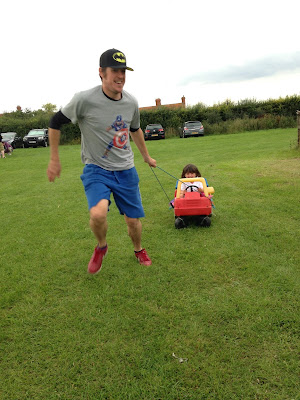 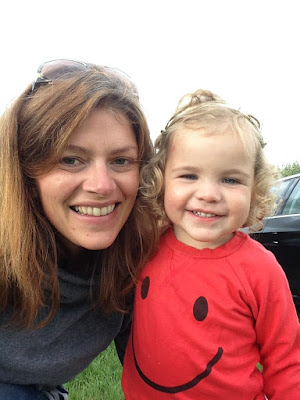 We all loved everything about camping. Noel's probably the least keen of all of us, but he loved the atmosphere, the children running wild and free, the campfire and the camaraderie.

I have to say though this was more glamping than camping as we had access to a static unit with a fitted kitchen and toilet, running water, a fridge and freezer - pretty much all mod cons.

We massively overpacked and somehow I am still wading through laundry five days later. All learnings for the future.

I am still glowing from it though. That irresistible sense of connection as a family is really heightened by shared adventures, and whether you're just about to turn two or in your mid-30's, camping is always an adventure. 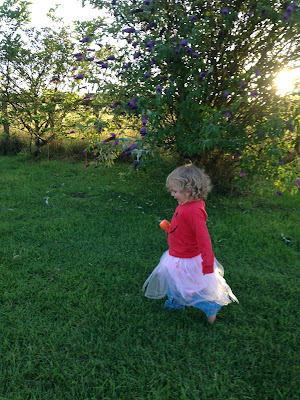 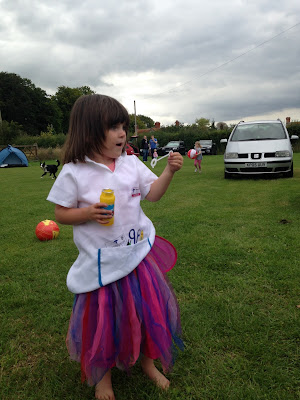