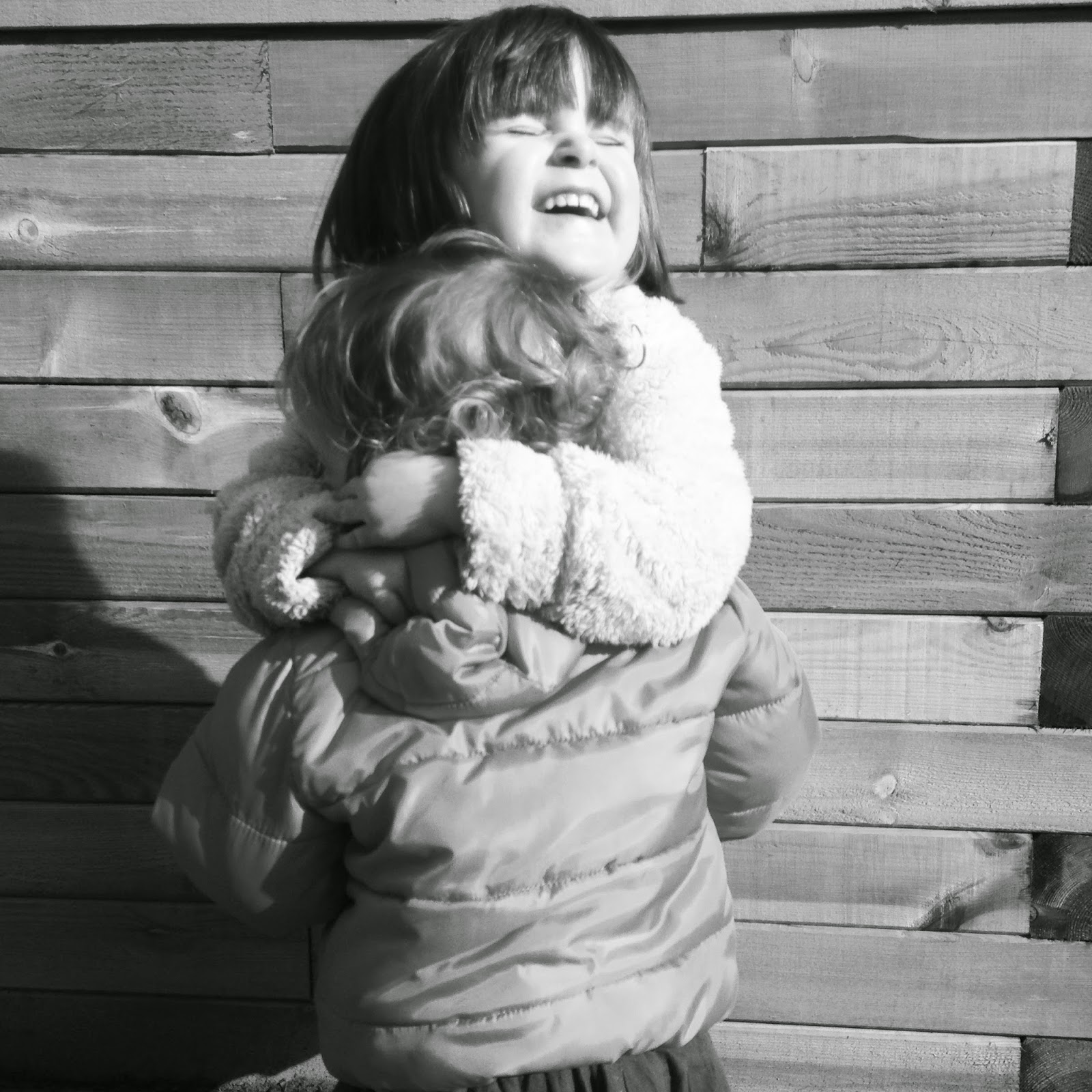 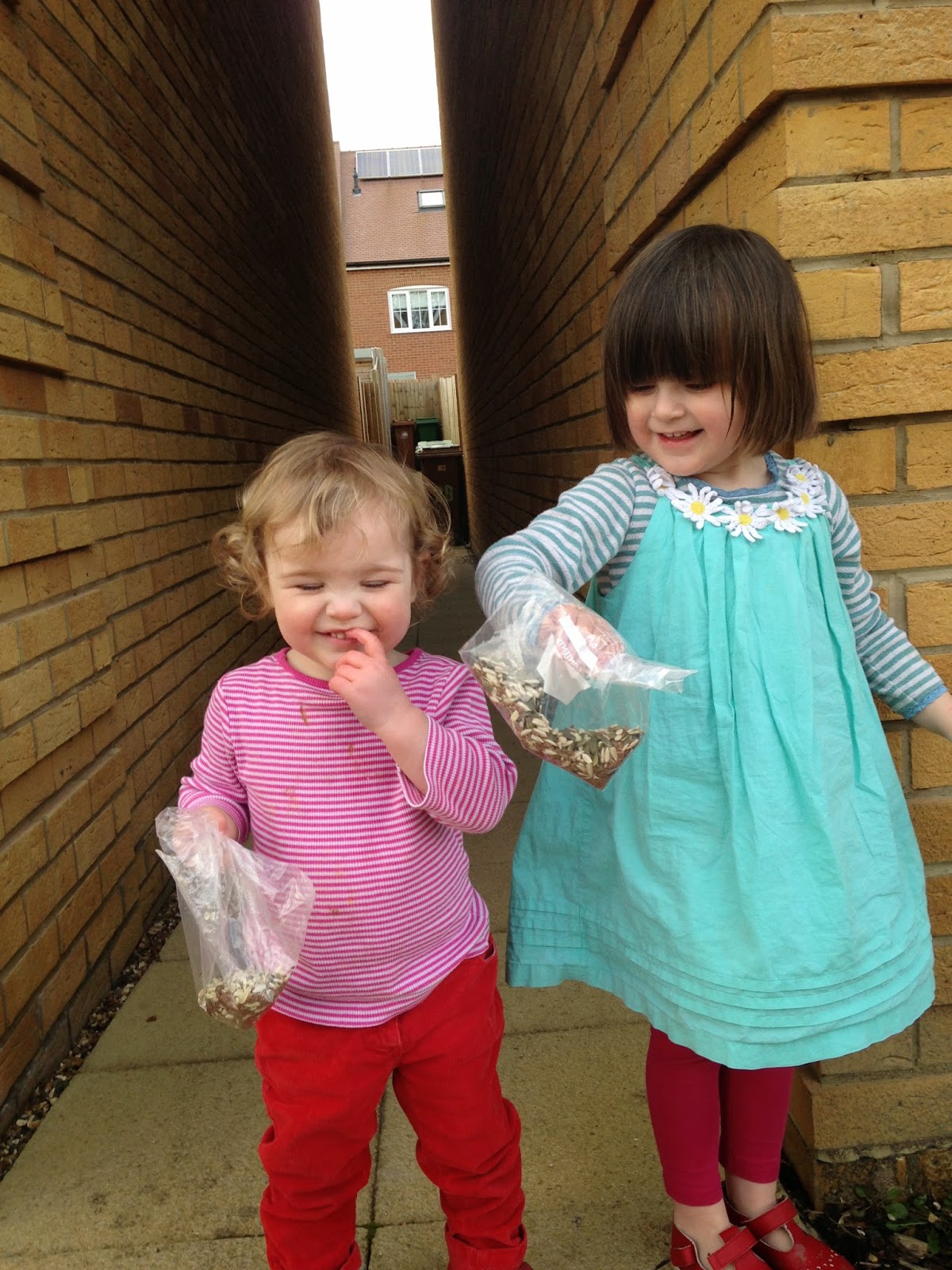 A little gang of two, they play together for hours. Often harmoniously, sometimes not! Usually Cherry dictates the play and Violet follows. At the moment there's a lot of pretend picnics and show-and-tell sessions that Violet sits obligingly through making all the right noises.

Cherry also projects imaginatively onto Violet which I find really charming. We have a little playhouse in the garden and for some reason Cherry has decided when Violet is in this house she's 'the policeman'.

They get giggly and excited together and charge about chasing one another, bouncing around and generally being boisterous. Most of the time this happens at bedtime! They also love charging about naked after bath time and have made up loads of games, most of which involve chasing and being chased.

They're both really high-energy girls and need lots of time and space outdoors or they will really get on top of each other and the snatching and screeching will start up. 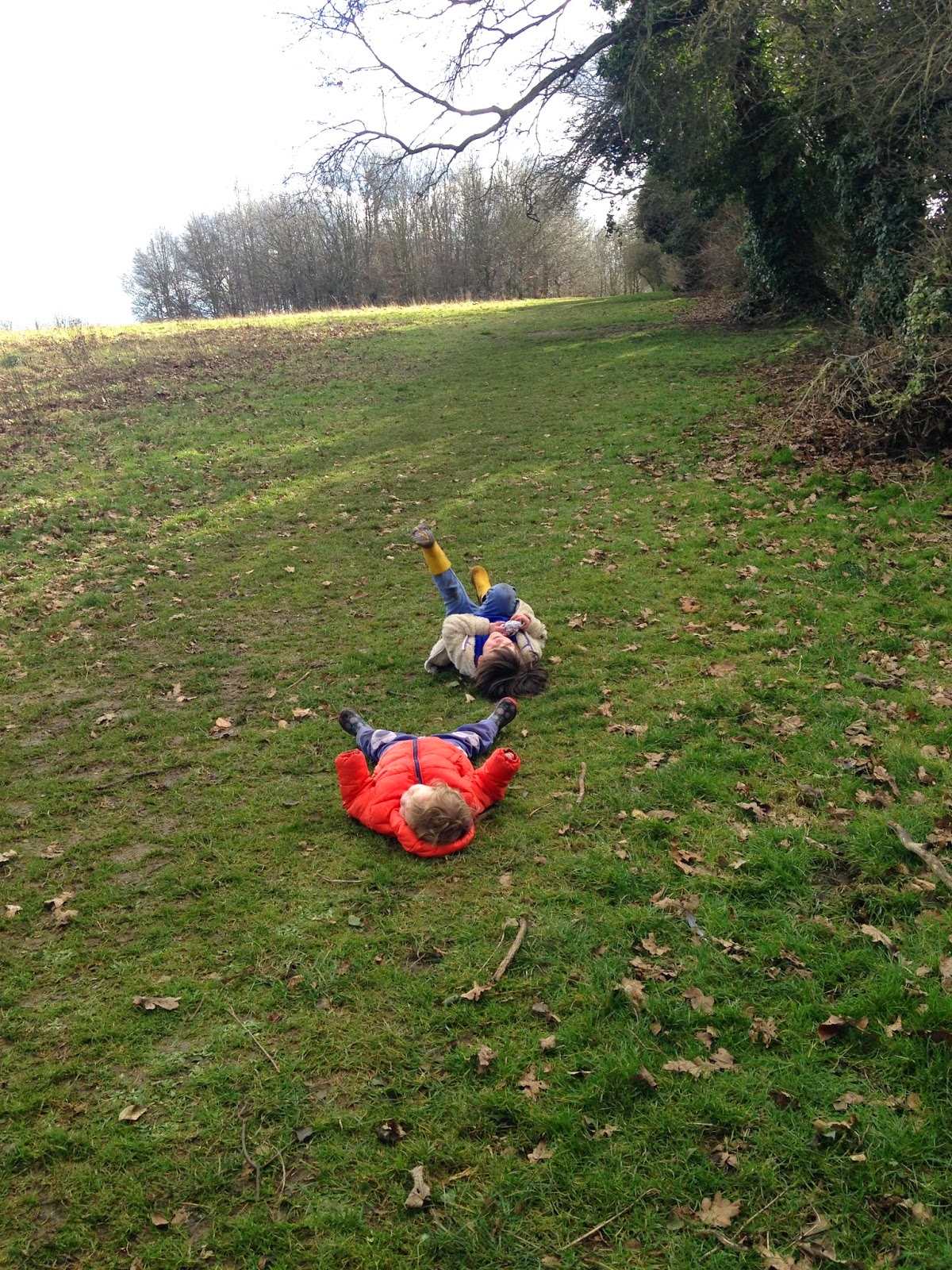 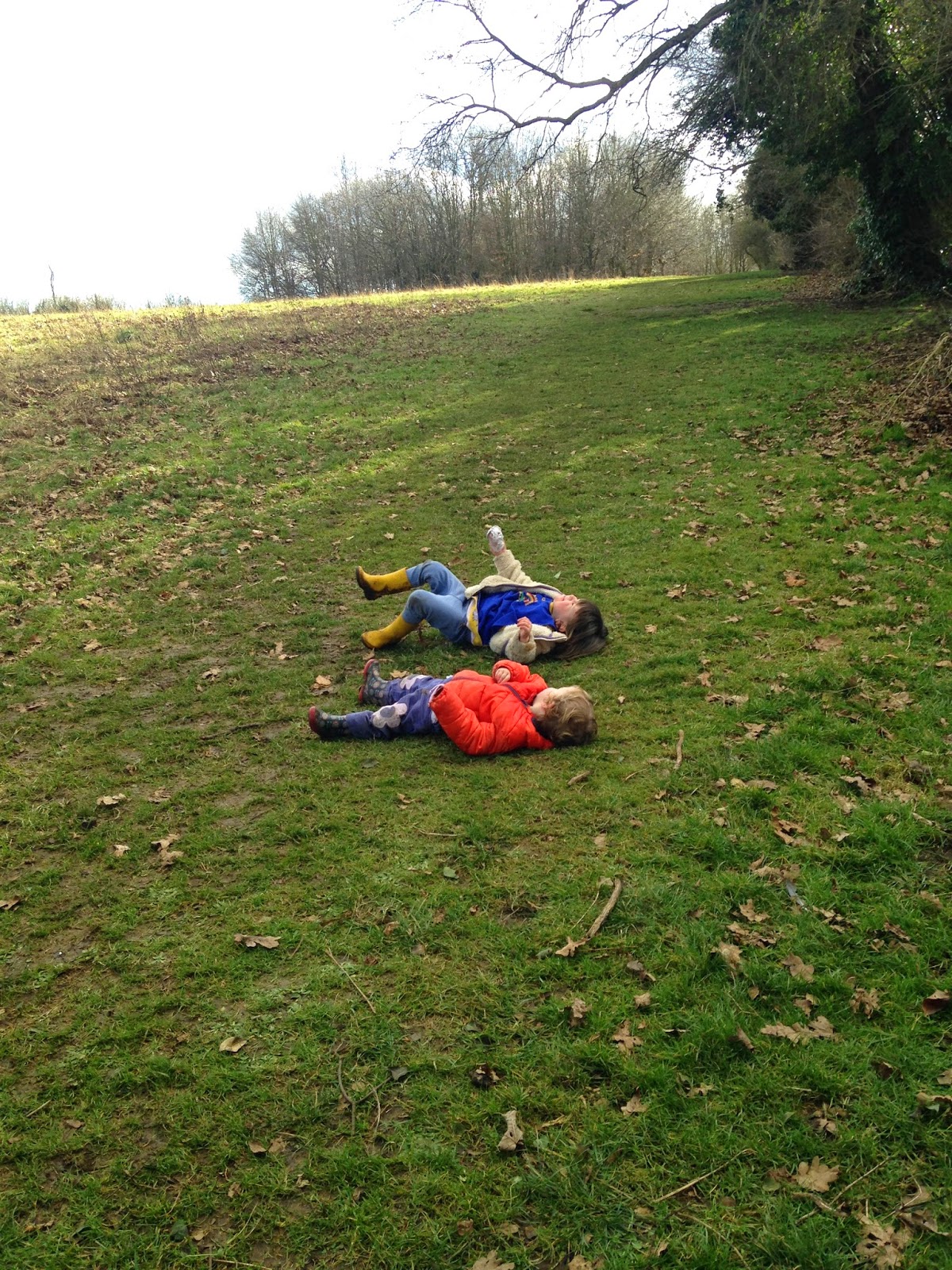 I find as long as they have enough opportunities for space, they coexist harmoniously much of the time.   Sometimes I feel they desperately need some space and will herd them outdoors whatever the weather but chances are however fractious things have got they will be running around after each other giggling and playing their own games within just a few minutes.

I love how they are so different but have so many similarities. They couldn't look less alike, and their personalities are absolute chalk and cheese, Cherry so passionate and volatile and sensitive, Violet so easygoing and resilient and cheerful, such a ray of sunshine to her sister's stormy sky.

But they have so much in common. Some of this is learned, but there are other parts of them that are like history repeating itself - like Violet's sudden and vociferous enthusiasm for helicopters which has come at almost exactly the same age that Cherry's now-forgotten helicopter fad kicked in. 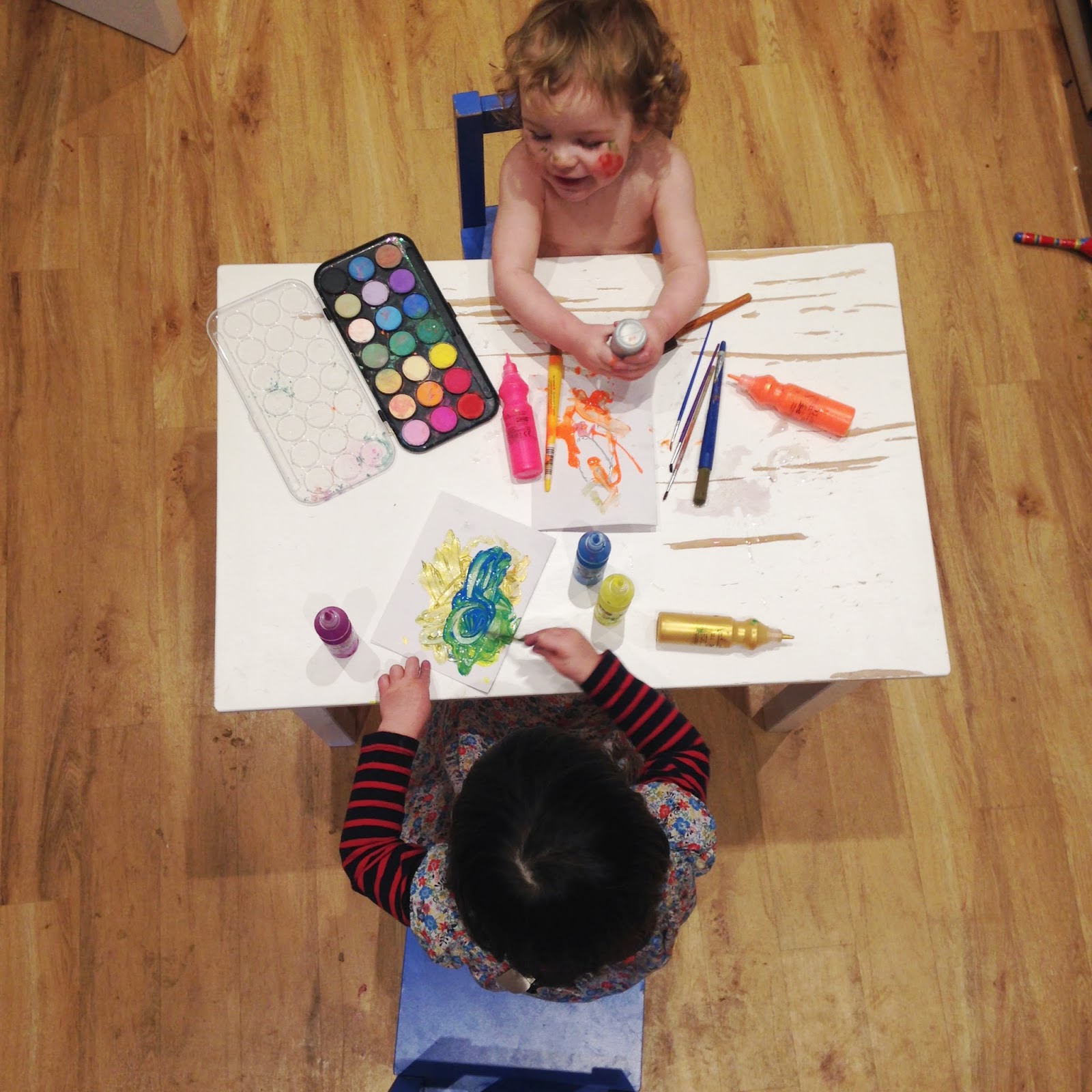 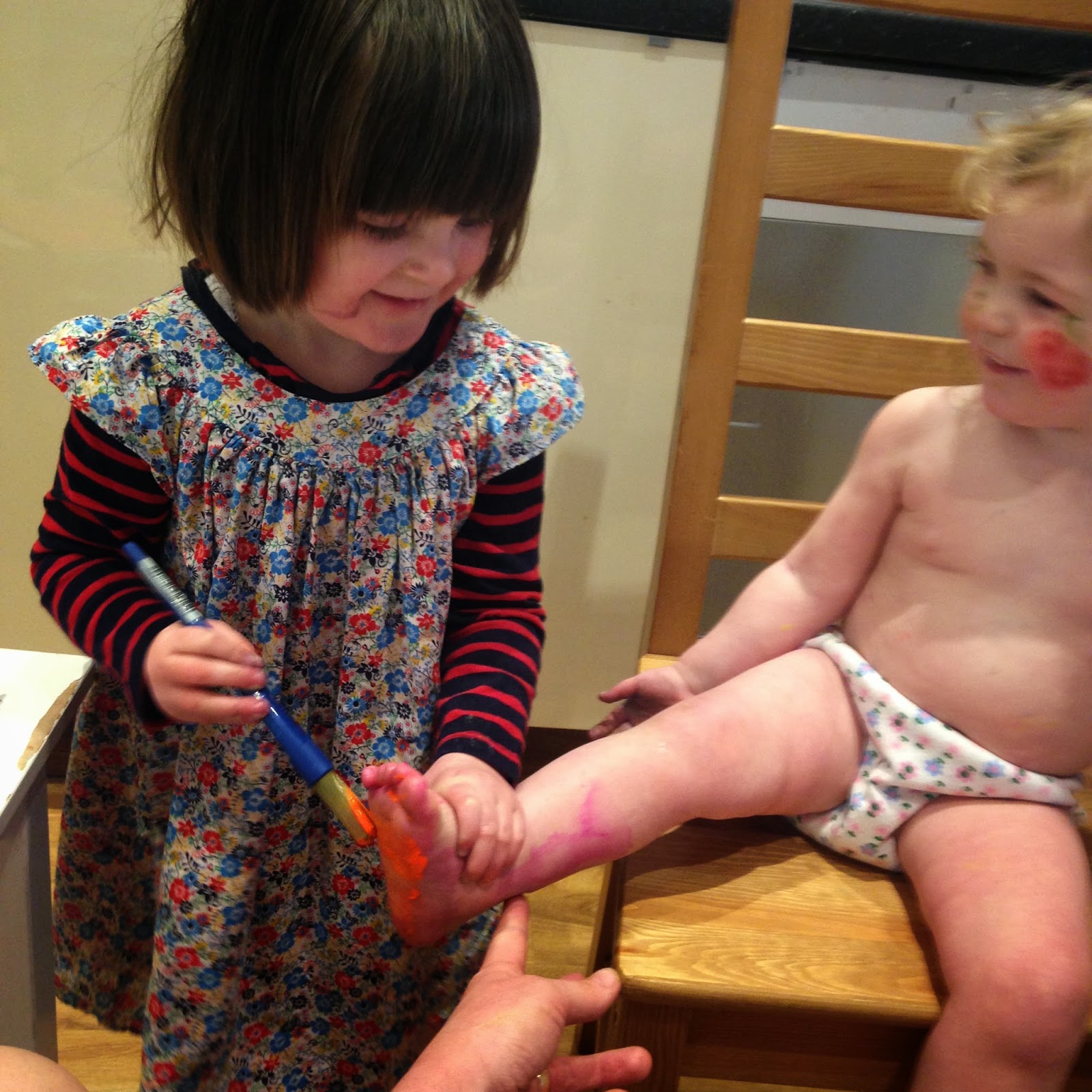 My beautiful girls. I am so grateful to be their mother.