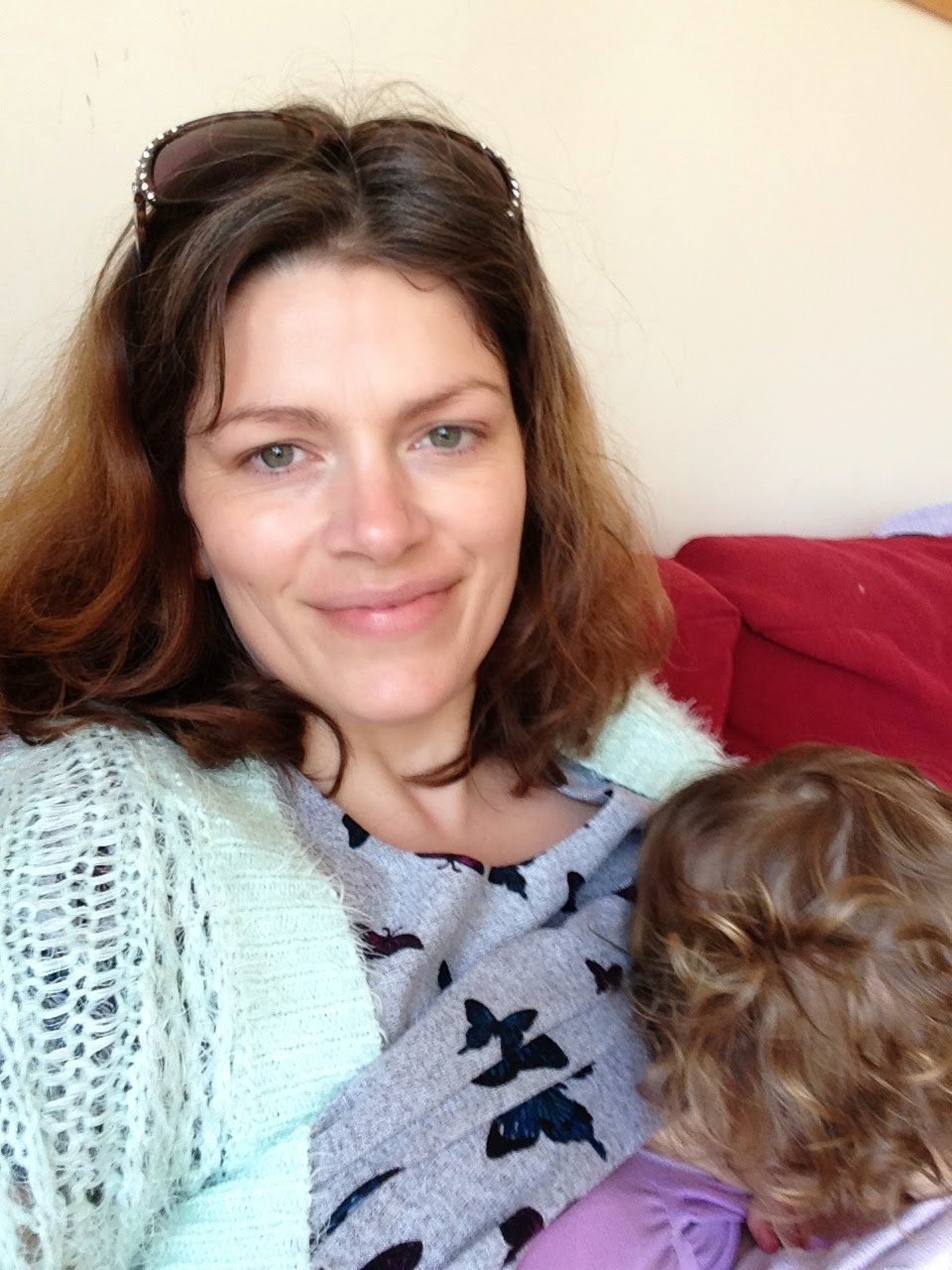 When I had Violet I had no real timescale in my head for how long I would breastfeed. I weaned Cherry at nine months to kick-start my cycle again so I could have Violet, but knowing she was to be our last child there wasn't the same pressure.

And so I find myself breastfeeding a nearly 19-month-old with no surprise. There has never been any real reason why I would wean Violet, and so I haven't.

Well actually that's not true. There's one very big reason why I might consider weaning and that's that Violet wakes frequently to feed at night. Still! So from time to time the subject of night weaning has been broached. Once or twice I've tried settling her without feeding, and sometimes this works for the first, second and even third wake ups. But eventually there will come a point where Violet will make it abundantly clear she's not settling without feeding, and I will of course feed her. 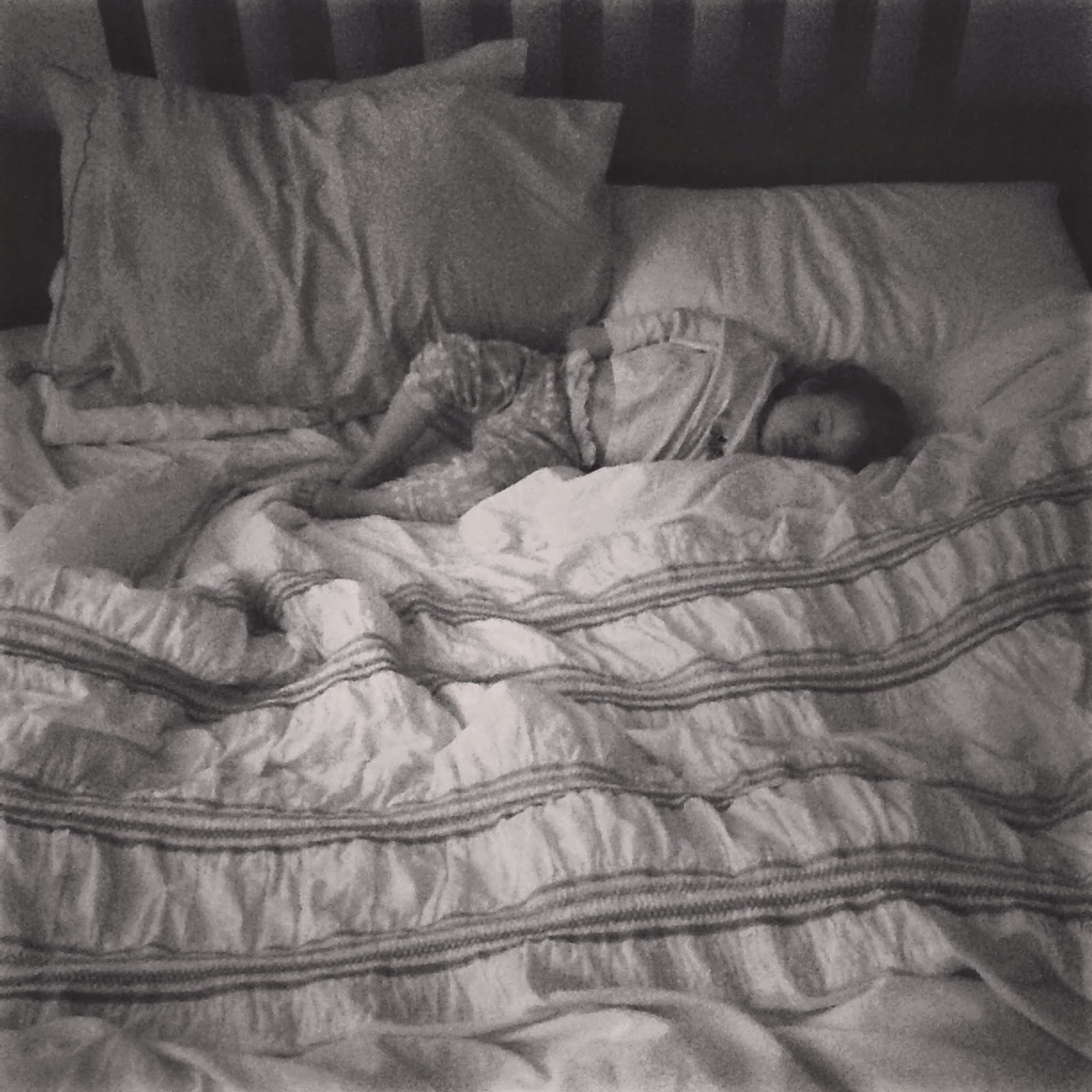 I know night weaning has worked for many a knackered breastfeeding parent, but it doesn't seem likely it would work for us. In all honesty I think I would just spend hours comforting a crying confused toddler. I fancy that at 11pm, midnight, 1am, 2am, 3am, 4am and 5am like a hole in the head.

Plus I can't shake the feeling that she will get there when she's ready. Of course I'm tired and so is Noel but we get on with it, we don't moan and complain (well, not much) and it doesn't have a dramatic impact on our quality of life. We remind ourselves and each other constantly that it will end, it won't be forever, this will pass. Perhaps we're just used to it. I have faith in Violet and faith in my instincts.

Breastfeeding her at 19 months is never dull. She calls it 'EAT!' and she's quite insistent when she wants to feed. She will march her little self over to the nearest chair or bench or sofa, clamber up, announce 'At-dee' (her word for 'up' or 'getting up', I think she's trying to say 'upski!' which I often say when I pick her up) and demand 'Eat.' If no 'eat' is forthcoming she will absolutely insist. Violet is fierce, I rarely argue with her. 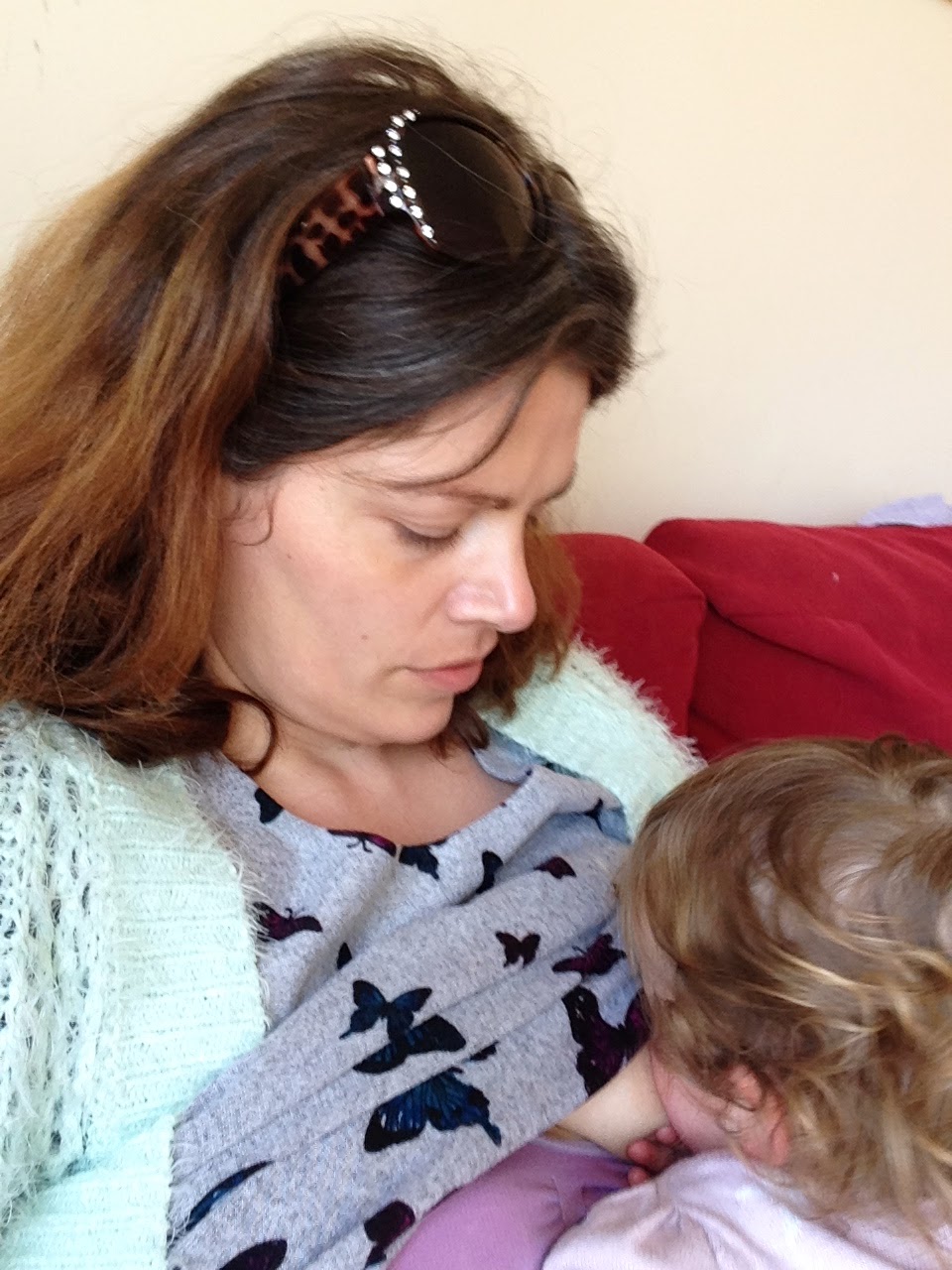 She's entertained by the way I spray during a milk letdown. I am fascinated that I still do this after 19 months, and can only assume I have gold-top fuelled torpedoes for breasts. I can also safely assume that, given that she feeds hourly at night (more eat! MORE EAT!) which is when milk production is governed, I have the supply of a dairy cow. Certainly Violet is bursting with health and vitality.

She's quite physical and feeding, especially at bedtime, can often involve a good deal of wriggling and hands flailing around and even a bit of pinching, which I don't like and tell her so. I also don't like it when she pulls madly at my clothes, but other than this I do very little in the way of 'discipline' around breastfeeding. She asks, I provide.

I have never left Violet at night (I've only left Cherry twice at night and once was to have Violet!) so I have no insight to offer on how she would cope away from me for a night. I have spent the odd full day away from her and she's been absolutely fine. She does want to feed when I get back, and I am always so bursting that I would keep trying even if she didn't want to!

In a way it's a metaphor for the difference between the way I have approached the early days with both of them. With Cherry I was far too anxious to trust my own instincts and to trust her, and so I complicated matters with routines and methods and techniques and not 'letting her get into bad habits!'. With Violet I listened only to her and myself everything has just flowed beautifully. It's been a far easier, more natural and more rewarding way of parenting. Although I concede I've had far, far less sleep. 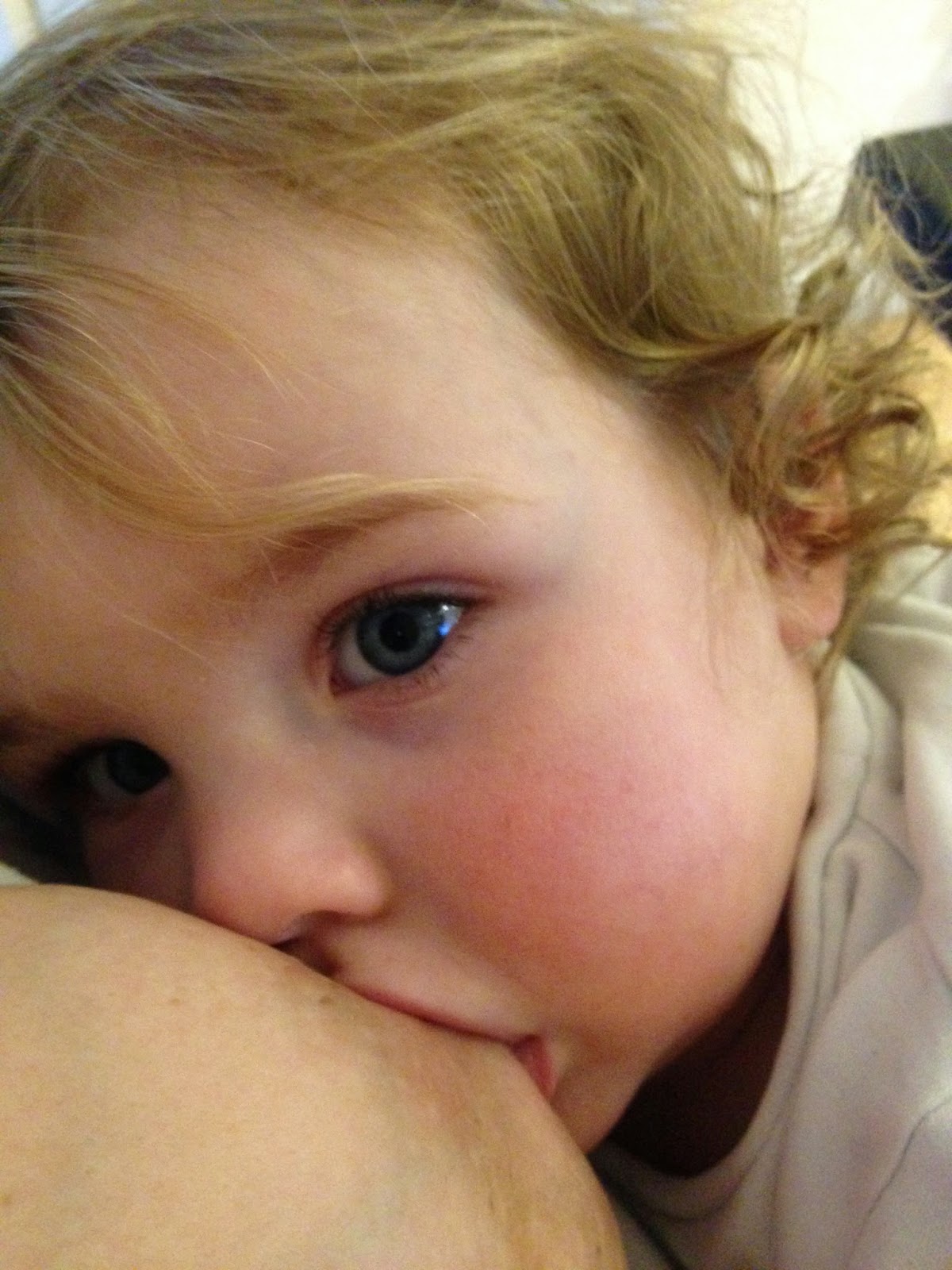 And it means that (hopefully) I don't have ahead of me the difficult second year I had with Cherry, in which I realised things had to change but had no real blueprint for what attachment parenting a toddler would look like, so we had to kind of feel our way and make yet more mistakes on top of mistakes until we found a balance that suits all four of us.

Today I sat watching Cherry and Violet while I ate breakfast. Violet was pottering about in her new Thomas the Tank Engine pyjamas in a particular shade of blue that suits her so beautifully. I caught her eye and we just had a little moment in time, the two of us together.  She stopped her pottering, came over to me, held out her arms and said 'cuddle Mummy!' I picked her up and she cuddled into my lap, put her little arms around me, and leaned against me.

It felt like a real concrete example of the connection between mother and child that breastfeeding is so helpful in building. I'm not for a minute suggesting you can't build that connection formula-feeding, before anybody jumps to that conclusion. It's a connection I have built with my older child only after weaning! But this is a post about breastfeeding and those are my honest feelings on that moment. Breastfeeding Violet is one of many very easy ways in which we maintain that connection. It requires no thought whatsoever, it's completely instinctive for both of us and for that reason I can't see either of us wanting to stop any time soon. (Although because I have been asked this more than once, no I don't imagine I'll still be breastfeeding her when she's 21, much as I don't imagine I'll still be changing her nappies, reading her stories and helping her wash her face, brush her teeth and get dressed when she's 21 either) 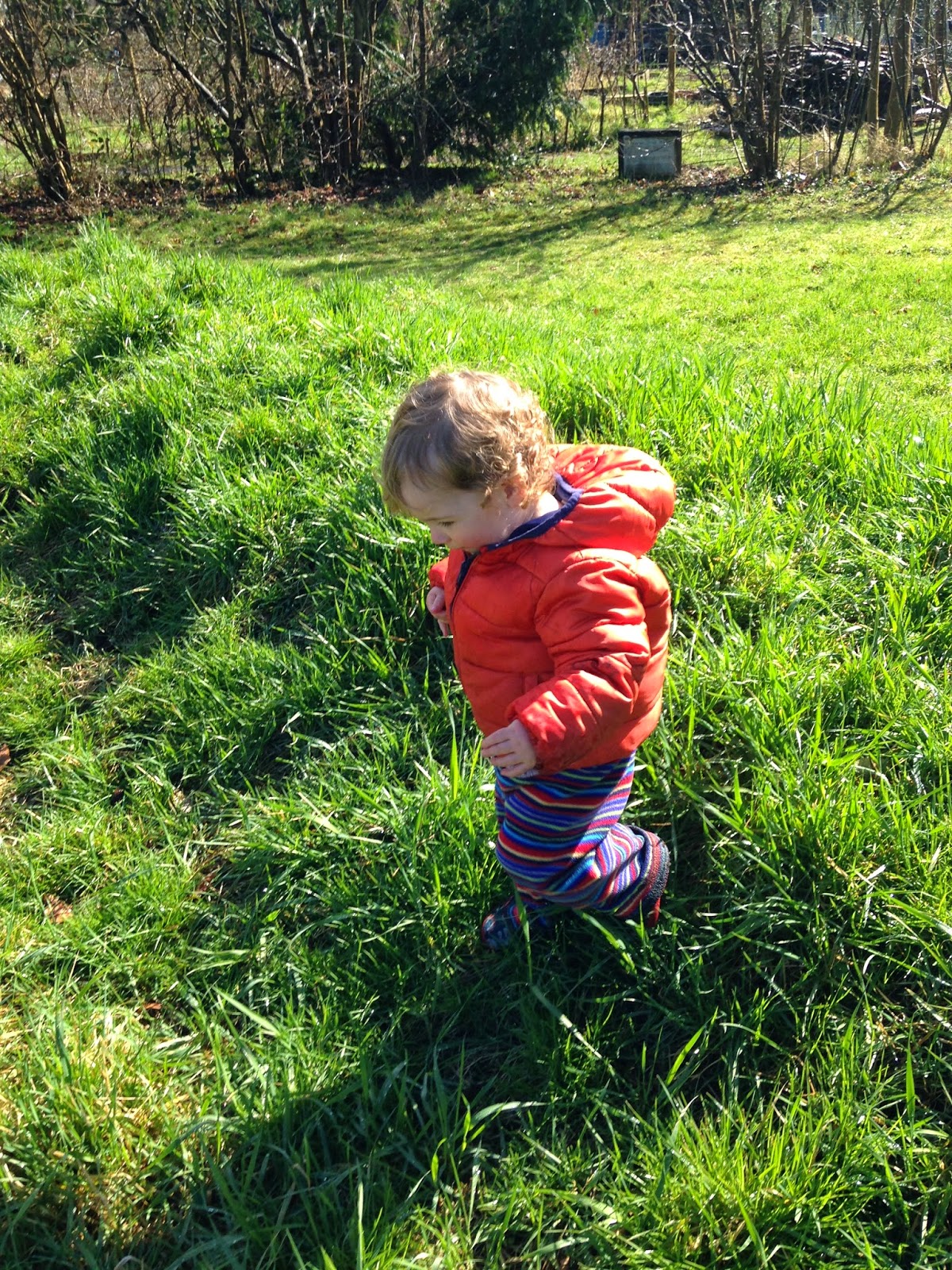