The size of things

I took these photos this morning, for a different post (to come) on what I'm doing round the house. 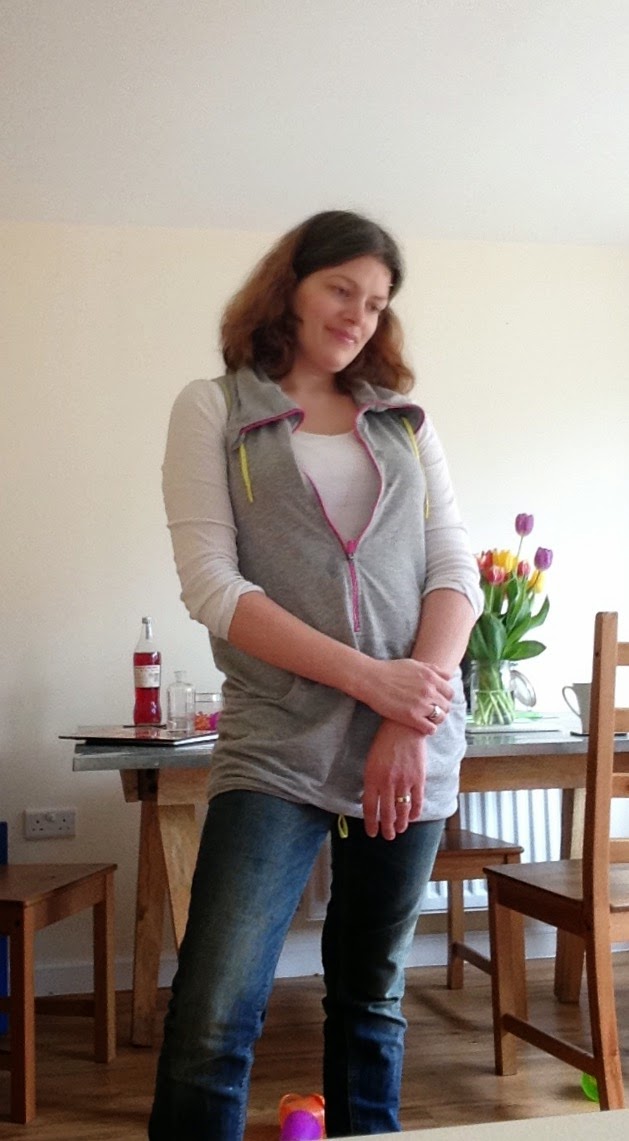 I knew I'd got bigger lately but I hadn't realised, or wanted to see, quite how big.

Generally I dislike how I look in most photographs, the photos I like the most are the ones in which I probably look least like me. That's a complicated sentence to explain. I've been reading a lot by Geneen Roth recently (highly, highly recommend) and she talks about growing up waiting to look like a model and being utterly perplexed when she didn't.

I really identified. Growing up I read glossy teen magazines and the occasional illicit Cosmo. I was mesmerised by the girls in the pictures and desperate to be like them. But also, as a young impressionable girl, I was desperate to grow up and somewhere along the line my brain confused the two. I thought when I grew up, I would look like a model - because all the images I consumed suggested that would be the case.

I can see I've never really let go of that idea. I hope that doesn't sound too arrogant, I want to make it clear I don't actually think I look like a model. But I am so used to seeing images of women who are so slender in the first place so posed and airbrushed and manufactured that somehow my brain seems to think ALL women look like that in photographs - including me. Everybody knows there are only three body types for women. Tiny and petite and delicate, tall and willowy, or curvy. I'm neither petite nor curvy, I am tall, ergo surely I should be willowy, yes?

Well clearly not. But believe it or not that's the image of myself I've been carrying around with me. I like photos of me that hint at willowiness, emphasise my bone structure, disguise my broadness and softness. We all like pictures that emphasise what we perceive as our best features after all.

I actually don't have huge amounts of pictures of myself. My parents didn't take that many when I was growing up and I never took any during my 20's. So I don't have a lot of photographic evidence to counteract my mistaken belief that I am, somewhere underneath, willowy and ethereal.

When I looked at these pictures I think for the first time I truly let go of that idea and just saw myself. Truly myself. 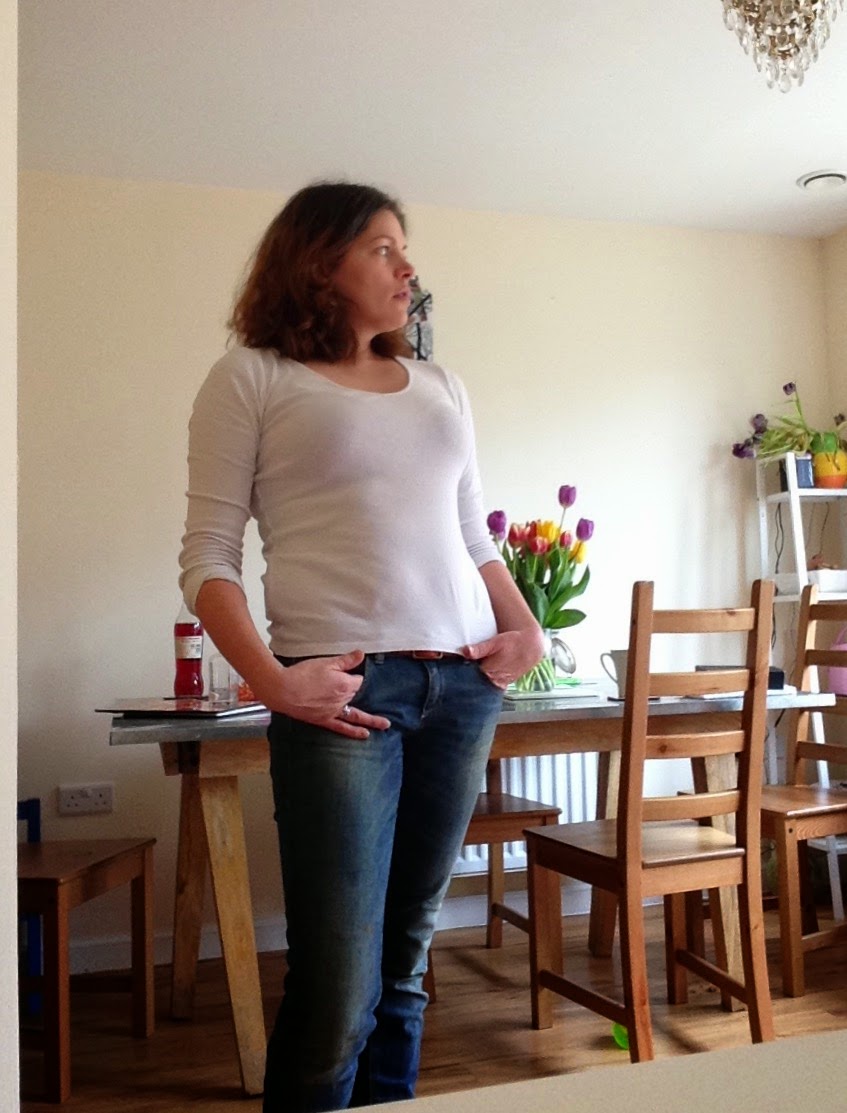 I waited for the inevitable self-flagellation to start, the despairing thoughts about being fat and overweight and lazy and greedy and having no self control and all the other things we tell ourselves when we're not happy with ourselves.

But when I thought about it, none of that was there.

When I look at these pictures I see a woman who has given away too much of herself.

A woman who has lost touch with her body and what her body wants and needs.

A woman who hasn't slept through the night in 18 months and is still smiling.

A woman who has given as much of herself as she possibly, possibly can to her family and her very young children, and who is still giving.

A woman still breastfeeding a voracious 18-month-old (breastfeeding might melt away the pounds for some, for me it sees my body desperately hang on to stores of fat put down during pregnancy. What can I say, I make gold top.)

I see a woman who has put her children's needs way, way above her own longing for time and space and physical activity and breaking a sweat.

I see a woman who misses her fitness and the daily workouts she once took for granted.

I see a woman who feeds her family and often doesn't have the energy left to think about what she might want to eat, so instead eats snacks and treats and too much of the wrong thing because it's there.

And I see a woman who often does reach into the cupboard for a chocolate biscuit or a cake or a treat because she wants something for herself, even if it is just baked goods.

I feel great compassion for that woman. The last thing I'm going to do is give her a hard time for gaining a bit of weight.

What to do, though? I have never been on a diet and I don't believe in diets per se. They are a short-term fix for a symptom, and completely overlook the cause. I know what food is 'good' for me and what is 'bad' for me. I don't want to follow complex and restrictive regimes and I respond extremely badly to any sense of deprivation.

I need to get back in touch with my body and let my body guide me. My body likes to be active and move. It likes to eat food that nourishes it. I've known I was gaining weight for a while because I feel pretty uncomfortable most of the time. My body isn't happy with what I'm eating and how I'm eating it, that much is clear.

If I think about it, properly think about it, I don't want to eat rubbish and junk and endless chocolate and snacks. It doesn't make me feel good and it doesn't satisfy me. Nor does not exercising, sitting on the sofa watching TV, or any other weight-inducing habits.

If I listen to my body, really listen, I am pretty confident the weight will take care of itself. And even if it doesn't, when I look at these photographs, I can still find plenty about them that I like. 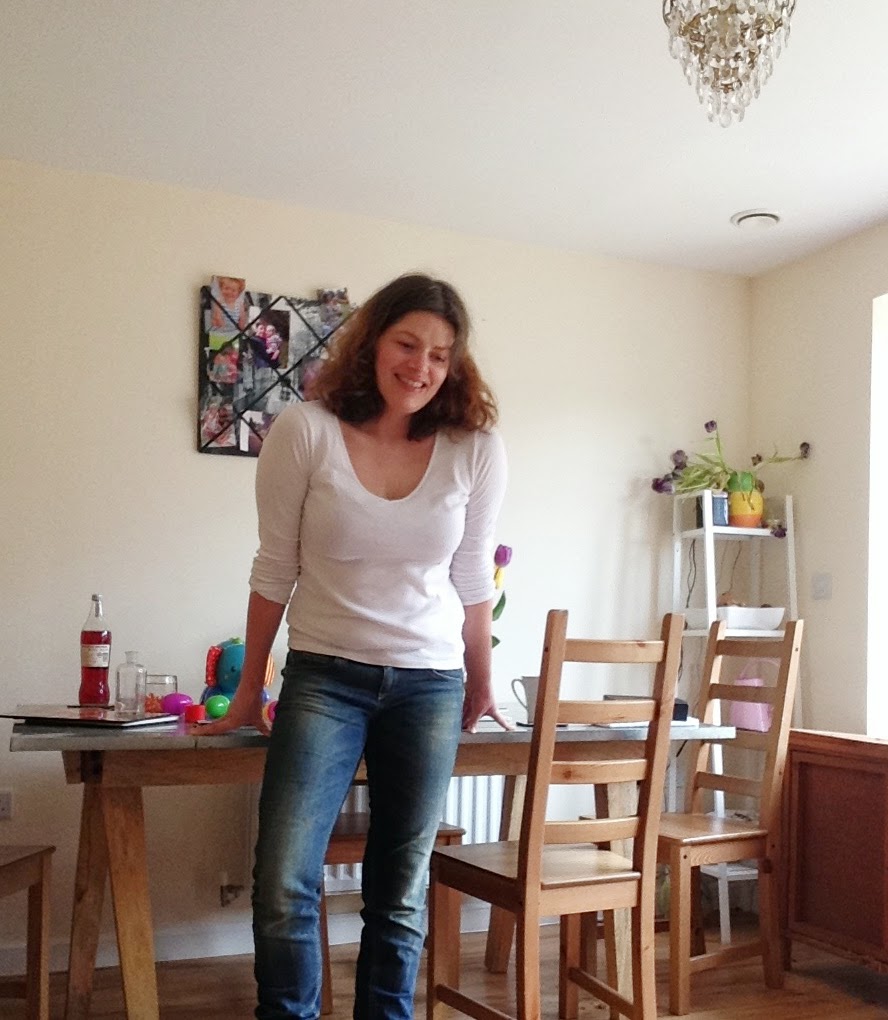 (I just want to make it crystal clear this is a personal post about my personal feelings about my body and my weight and relates to nobody else's body, feelings, size or weight but mine!)
Posted by Cathy at 11:55