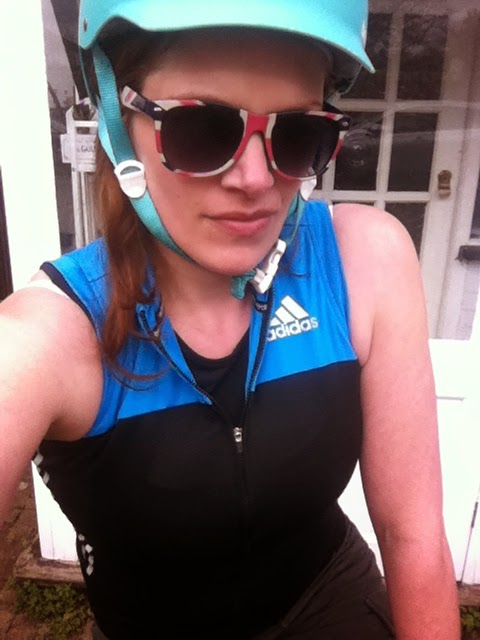 Last year I overcommitted to a whole heap of things. A theme of the year became letting people down and backing out of commitments.

One of the commitments I failed to fulfil was RideLondon 100, the 100-mile London to Surrey and back again bike ride. I had pledged to do the ride for Tommy's, the pregnancy and baby charity. I had sponsorship, I wrote about it in the Telegraph. But as time went on finding the time for training became harder and more stressful and it became obvious to me what I had to do.

There are a million and one reasons - excuses - as to why I eventually chose to defer my place.

I'm not proud of it, but rather than sit and beat myself up, I chose to learn from it.

There is a big part of me that wants to do loads of sportives and try loads of new things and write more books and set goals and challenges and follow through on them and tick them off my great big to-do list of this gift we call life. 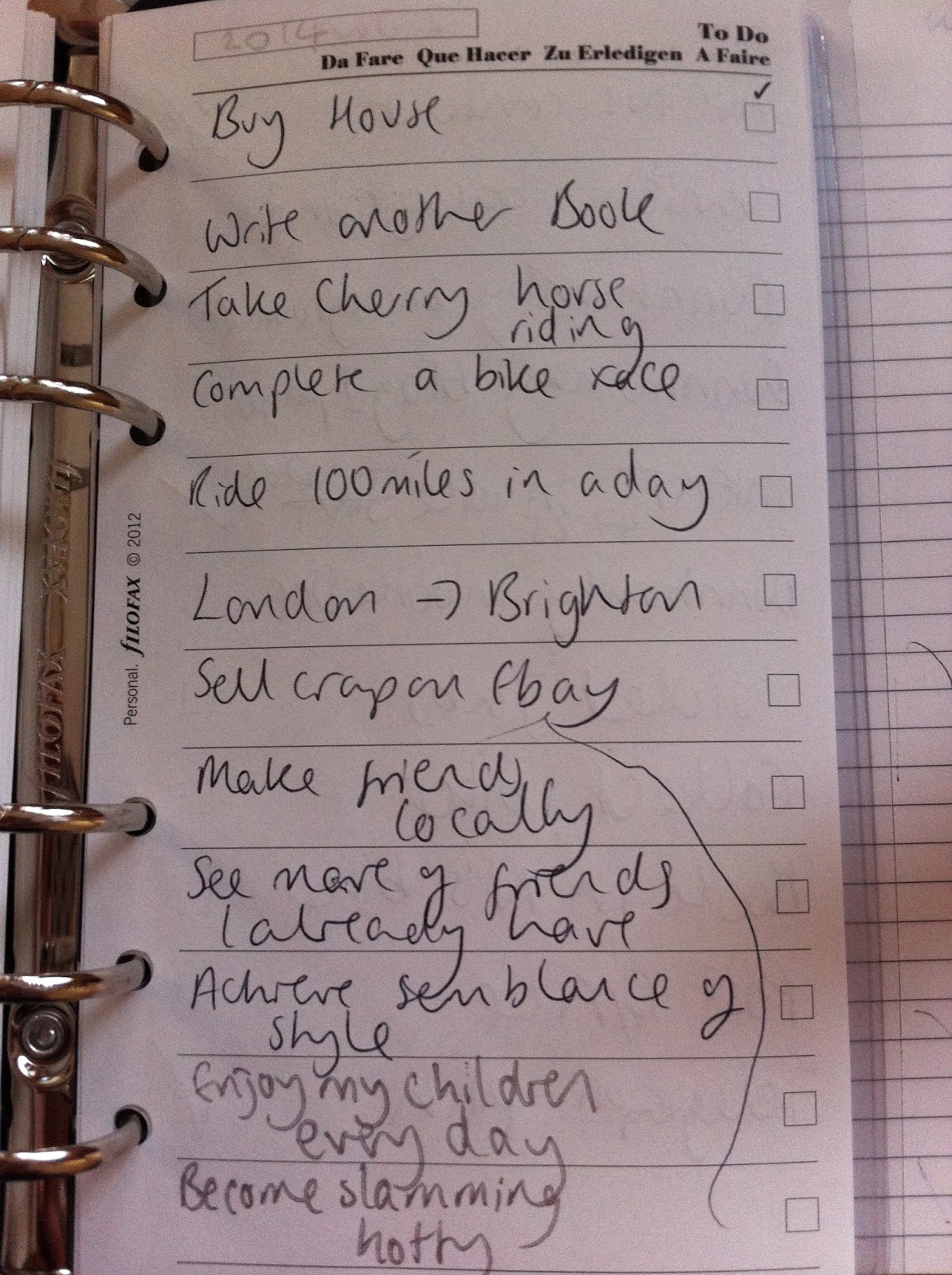 My 'New Year's Resolutions' for 2014, written when Cherry had just turned 2 and V was four  months old. I mean seriously.

But the bigger part of me - the biggest part - means what I say the most when I say I want to be a stay-at-home mother first and foremost and put my children first. All the time.

Once I really thought about it the truth was quite simple. I was not yet ready to devote a significant amount of emotional energy to anything but my children and family. 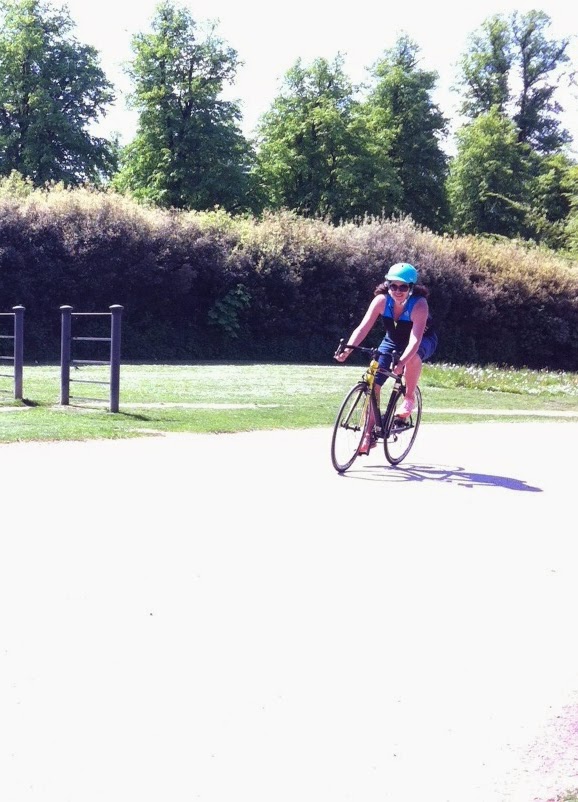 2014 was all about learning and cutting back. I did complete a 10K run and a 60K Cycletta at the end of the year but considering at the beginning of 2014 I'd had 100-mile rides and potential London to Paris adventures and new books and buying a home and career expansion and diversification and all sorts of other enormous targets and goals in my head, these didn't end up being celebrated as achievements so much as 'well at least I managed…' 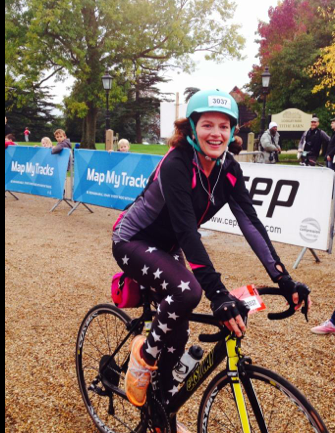 This year I have so far made one commitment and that's to fulfil the RideLondon place I deferred in 2014.

In truth little has changed, and I have no guarantee that I won't find the process stressful and frustrating and even come to regret it this year. 100-mile bike rides don't happen by themselves. I am not 'cycling fit' and I have a long way to go until I am physically capable of the feat.

I don't have any more free time than I had last year. Cherry goes to pre-school for three mornings a week but Violet is still at home full-time. They remain my absolute and number one top priority.

But what I do have is just a small spark, the tiniest fragment, of a desire for something just for me. Some part of me separate from my children and my family, not completely engulfed by and absorbed in them. Nothing huge, nothing dramatic - just a little bit of time and space carved out as my own.

I also have the great good fortune to have the help and support of the awesome Kerry Bircher at Revolution Cycling. Kerry has kindly offered me a place on her bespoke training programme for RideLondon and other distance sportives. We will have a coaching ride together once a month, along with her other trainees, and I will have a fully tailored training programme, help, support and advice.

I can't deny I feel a great deal of apprehension at taking on this challenge. But at the end of the day it's just one day, one bike ride, and if it takes me 100 years to complete it and my arse hurts and I cry - so be it. 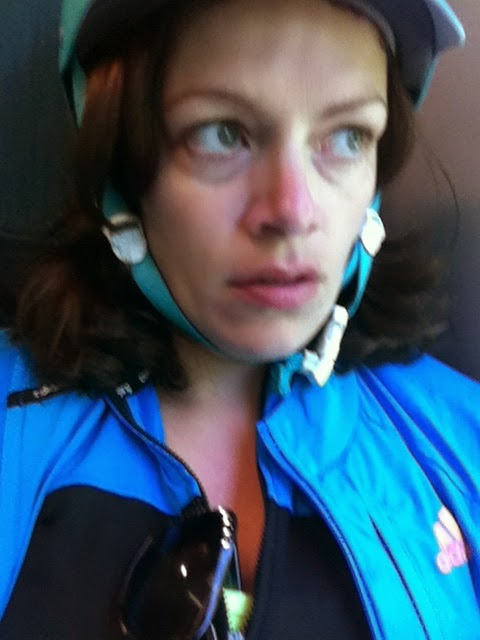 *Jacket and jersey complimentary from adidas

There are still places available to train with Kerry for RideLondon 100 or a similar distanced sportive, including monthly training rides and a bespoke training plan. Perfect if, like me, the mind is willing but the flesh is probably a bit weaker than you'd like it to be! 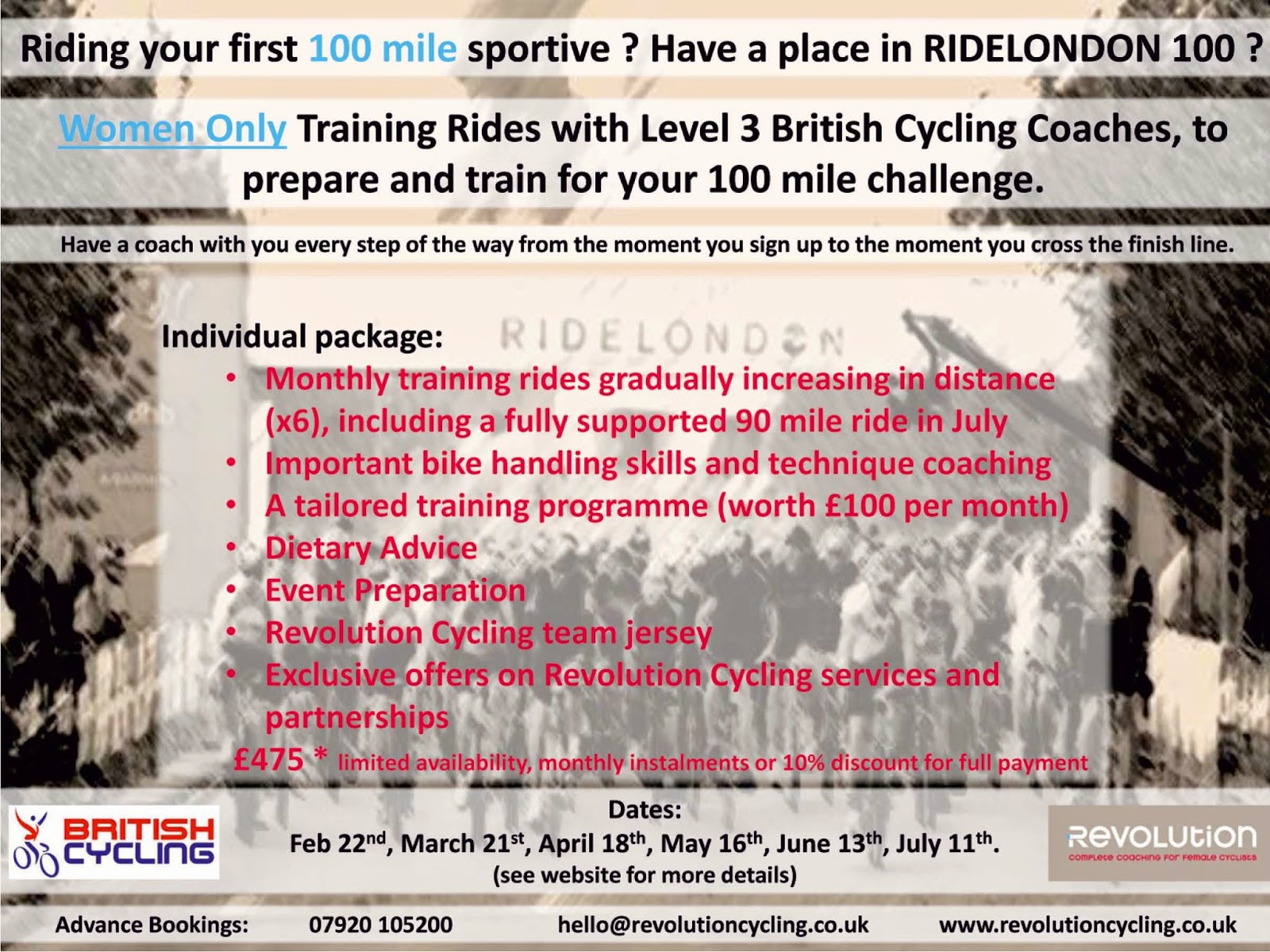