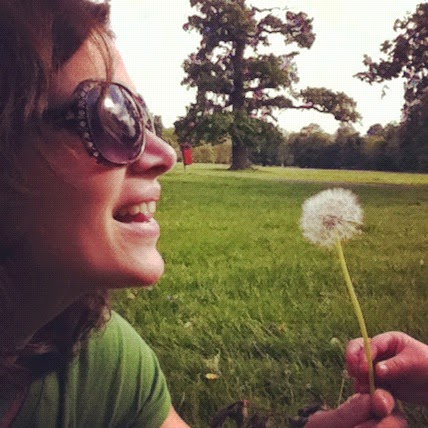 The concept of 'me-time' is one of the many, many things around which I have had to change my perceptions since having a second child.

I found 'me-time' fairly easy with one child, from about nine months onwards. Noel and I are committed to co-parenting, a fancy way of saying we split parenting duties wherever possible and Cherry settled just as happily for him as she did for me.

With a second child strangely 'me-time' wasn't an issue until later on. In the first three months I didn't expect any. In the middle four or five months I curiously had a bit more than I anticipated, here and there. It wasn't reliable, but it did happen. The girls frequently napped in unison for two hours or so. They settled quite well at night at 7-7.30pm. Some weeks were good, others were bad, but there was time.

I don't really know what's happened in the last two or three months but it has been utterly relentless, with both children going through huge amounts of development, being unsettled at varying times and to varying degrees, and often at exactly the same time. Me time? Does the twenty minutes in between going to bed straight after my children, and falling asleep before being woken by V an hour later count?

There is one thing I have continued to eke out the time to do for myself though, and that's make green smoothies for breakfast every morning.

Quite how blending a heap of fruit and veg together into a remotely appetising-looking mulch then pounding it down in place of a couple of slices of toast with chocolate spread and peanut butter counts as 'me-time' wasn't immediately apparent, I have to confess. But thanks to the interest and support of some lovely friends who have joined me along the way, #greensmoothieclub is now a THING. It's stuck. 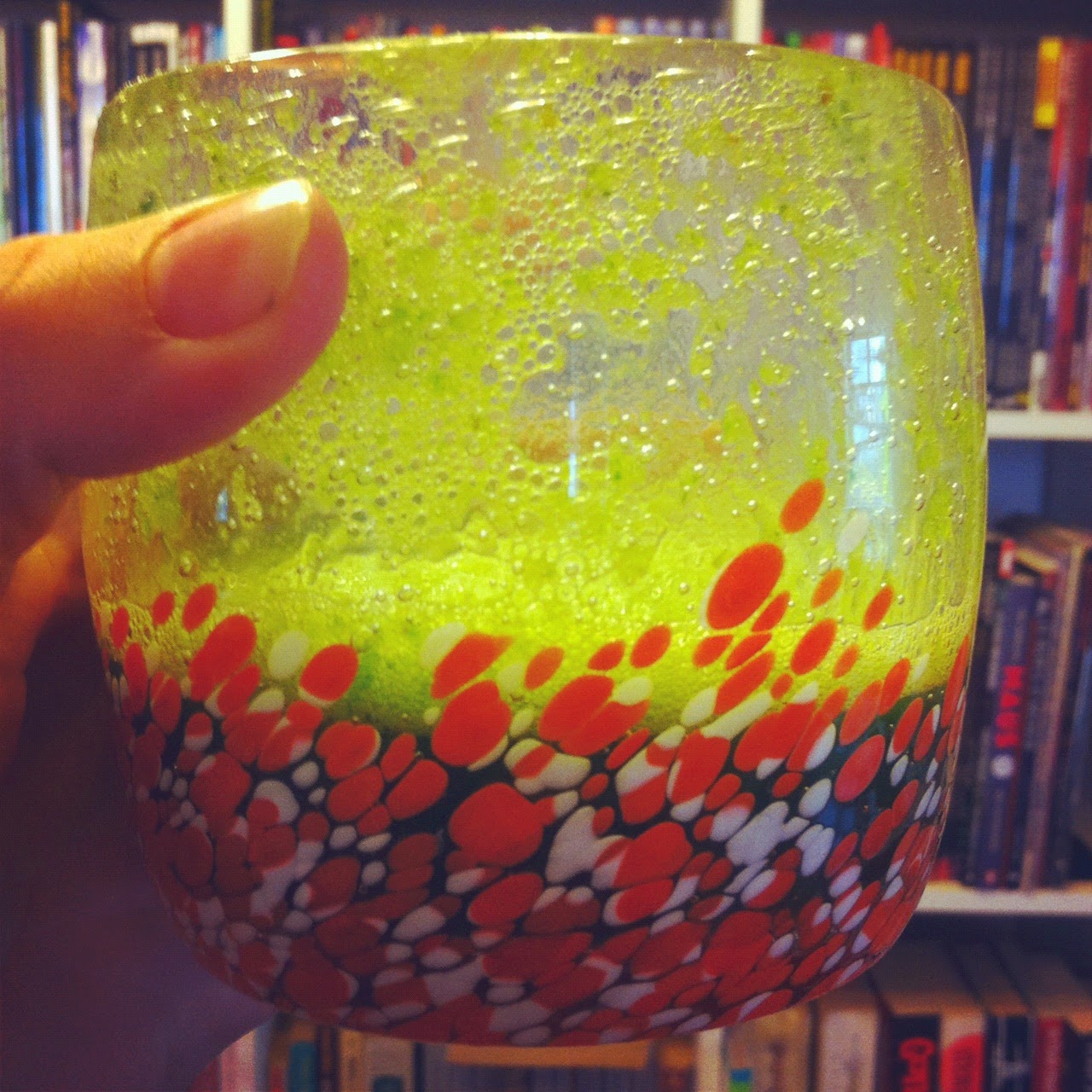 Here are some of the things I have noticed as a result:

My skin. OH MAMA. My skin is perfect, and I mean that in the literal sense. I have quested for skin like this my whole life. I've tried All The Products. I've tried the expensive products. I've tried a strict skincare regime. Turns out all I needed was a daily dose of fresh fruit n veg, blended for my delectation.

My energy levels. In the context of the above utter relentlessness, I have not fallen apart. Some nights V still wakes every 45 minutes. I have got up every day and done what I gotta do. I've had the energy for both of my children. Nothing else, mind. But I have had the energy for them.

My odour. Well, start the way you mean to carry on, this blog will be well-peppered with TMI. I don't know what's happened to my digestion since having a second child but let's just say I can only eat lasagne if I take it with a side-order of gas mask. Refined sugar and red meat are particular 'no-go zones' if I want to retain any sense of dignity. Which I do. Somehow the daily green goodness has made me less unfragrant and generally repulsive.

My state of mind and sense of wellbeing. Even if I have the worst day ever and inhale nothing but chocolate biscuits, chocolate ice cream and chocolate all day long, I've still had my five a day, still nourished myself (and through that, V) and still done something healthy for myself.

My shape. I can't really pinpoint the smoothies here as this is dependent on a range of factors, including me having the time and energy to work out. But I don't look dreadful in a bikini. See? 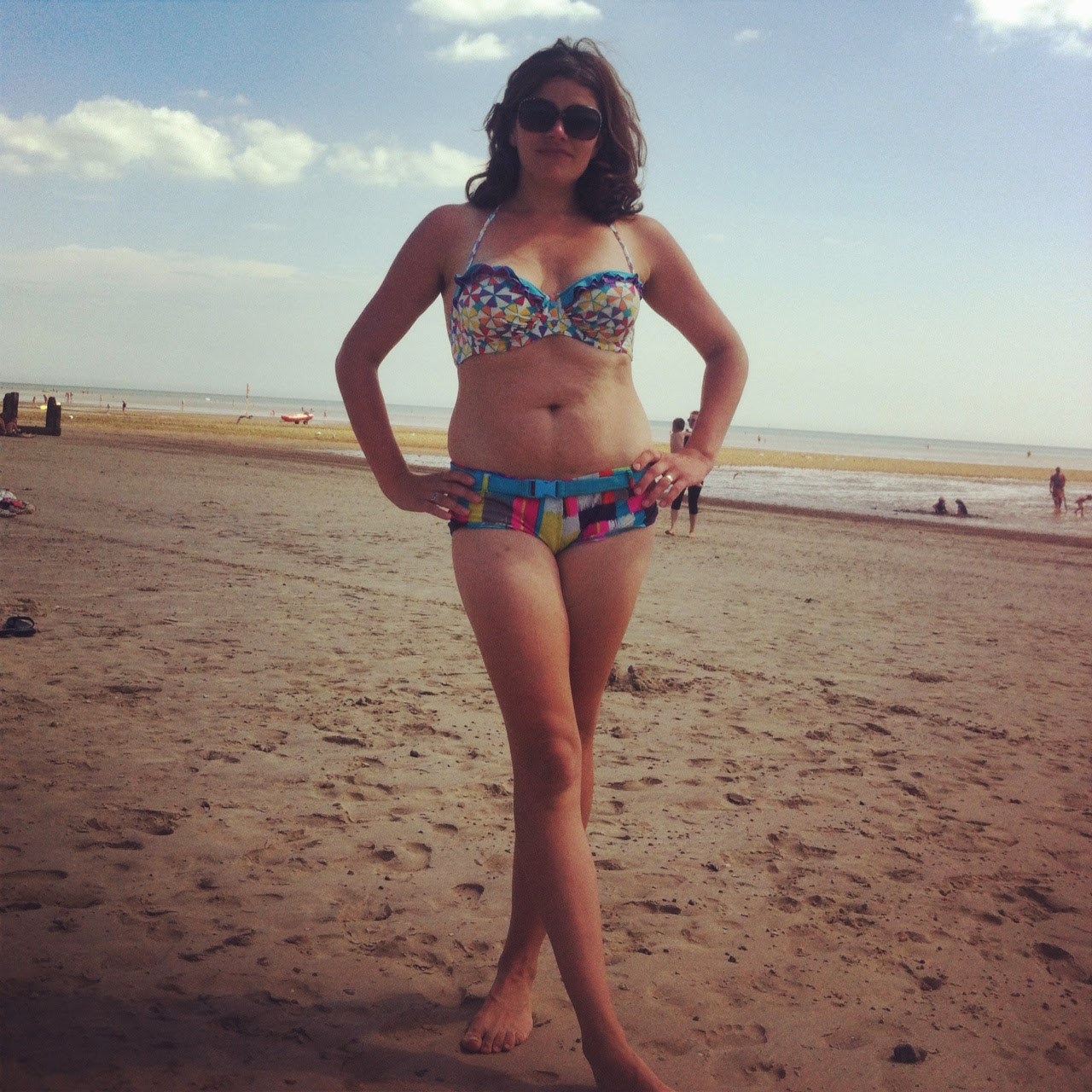 Even on the greyest day, the most relentless grind, when the sheer intensity of my two incredible, beautiful children has utterly overwhelmed me, I've made my green smoothie every morning, and it's just a little thing that has made me happy.

(If you're reading this thinking 'that's all very well but don't you need one of those fancy pricey superblender things?' can I just say now you ABSOLUTELY DO NOT. Until quite recently, of which more another day, I made my green smoothies with a stick blender. I can't say they were velvety smooth, green bitties would be a more accurate description. But they were FINE, entirely drinkable as long as you don't mind chewing and stirring with a fork as you go.) 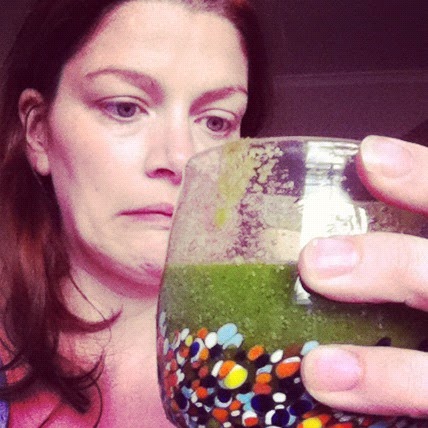