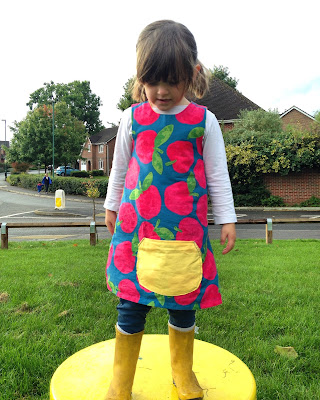 Last Sunday I spent all day making a dress for Cherry. I haven't sewn in years, other than a Christmas stocking three years ago the last thing I made was probably an outfit for the Best Dressed Doll category at the local village flower show.

(My mother and I decided to enter the category after seeing a cute pattern for a floral pinafore and we sewed the whole thing ourselves. I was involved in the entire process including using my mother's old Singer sewing machine, so it was very amateurish, and we still remember to this day the judges' comments were 'A little girl's dream - but very badly sewn.') 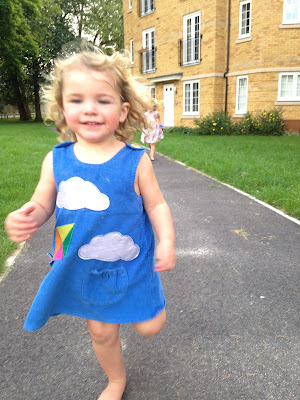 After I bought Violet her birthday dress from Wild Things Dresses I totally fell in love with Kirsty's style and when I saw she had a book out I bought it on impulse. Then I started looking for fabrics online and before I knew it I had two metres of stunning apple-print fabric, a metre of yellow cotton poplin and some contrasting blue thread sat at home next to my mother's sewing machine.

They sat for a fair few weeks, staring at me and I started to think 'I'm never going to make that dress'. I am full of great ideas that never materialise, plans and projects that never come to fruition, blogposts that never get written. It bothers me massively and I wanted to do something to prove to myself that I could see something through. 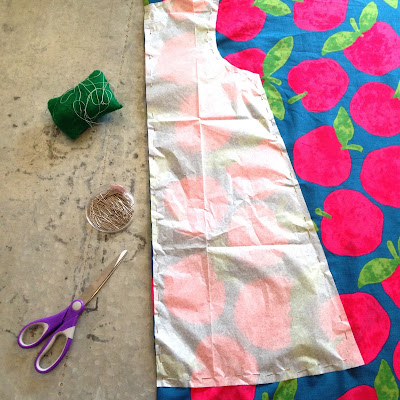 So out came the sewing machine, which I had forgotten entirely how to even thread, and I found a manual online, threaded the machine and made the dress in a day.

I loved every second of it. It was absorbing in a way that is hard to come by in a modern age of constant switching - from screen to laptop to phone to Kindle - and in an era of motherhood that is utterly defined by being constantly, endlessly interrupted, usually to wipe up a sticky substance of some kind. It was also tiring and once I was finished I felt slightly like I didn't know what to do with myself. It's been a very, very long time since I was able to get so involved and wrapped up in a project. 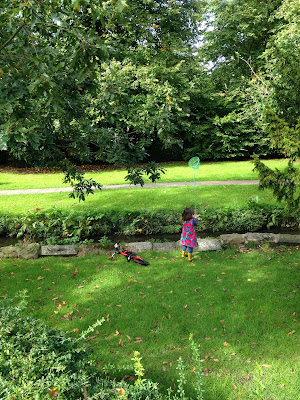 Cherry has barely taken it off since I presented it to her. As soon as she saw it her face lit up and she asked to wear it immediately and put apples in the pocket. She tells everybody who admires the dress that I made it for her. It's just adorable and I feel really glad that I have this time, this age when she is so grateful for my efforts. I'm fairly certain by the time she's in her teens should I dare present her with a (admittedly fairly badly) home-made effort she will be outraged.

But for now - she is thrilled. She doesn't care a jot that the stitching could be a bit (much) better and the hem isn't even and the straps don't quite match and  the billion and one other things that are far, far from perfect. She just loves her apple dress that her Mummy made for her, with the caveat of course, 'and one for Violet?' 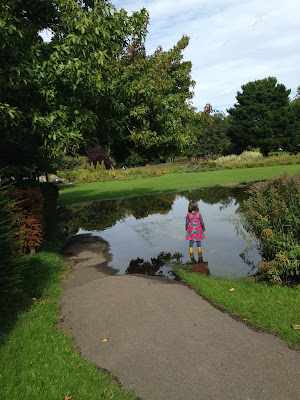 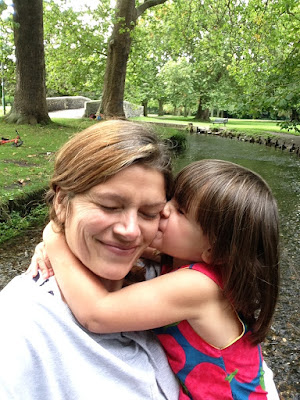 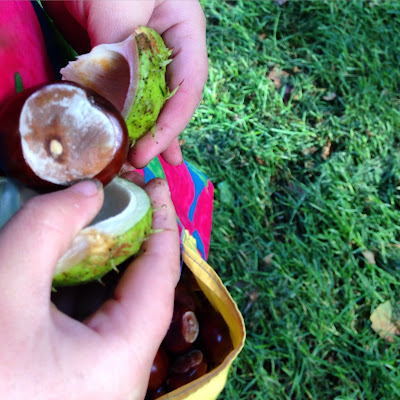 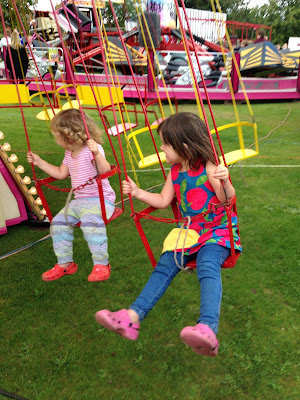